I haven’t been blogging as much as I did for various reasons to which I will refer at the end of this, but I couldn’t let this year’s Assynt Festival go by without a few words…

As this Festival is a very new project, those hard working souls who are responsible for the organisation are sensibly trying out different events in the calendar. This year for instance we held a “Wood and Wool” event in the Village Hall in which I, as a spinner, was involved. Three of us from our spinning circle, Andrea, Jorine and I, were available to come for this day, and it all seemed to work very well. We had a table displaying fleeces of different colours and origins, and Andrea in particular did stirring work helping people “have a go” with carding and spinning. Jorine took charge of the table dedicated to natural dyeing, explaining about the display of colours which we had achieved during the summer and talking on the subject in general. I also helped with the spinning side of things by letting people try spinning on my great wheel. I for one found it to be a most inspiring as well as enjoyable day. 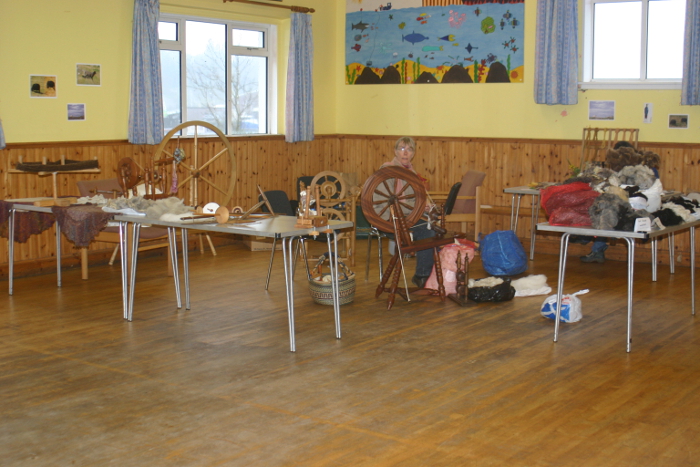 We shared the hall with Chris Goodman who carves beautiful, rustic furniture from new wood. He had several examples of his chairs and stools with him, but for some reason, I failed to get a photograph of them:-( Chris also runs the odd workshop, which are normally very popular, teaching people to make wooden spoons. Although on this day he only had two students for that, he had quite a crowd gathered in the afternoon to watch him make a stool.

We reckon about 30 people of all ages and genders came into the hall on what was a very wet and windy Monday and given the sort of day it was, we felt we hadn’t done badly!

Of course, this was only one of the events this year – the five days of the Festival were very full ones with various heritage trail walks; nature walks; events in the woods; the craft market; a poetry reading and workshop and a “Taste of Assynt” in Glencanisp Lodge, where again this year a whole stag was roasted in a fire pit producing fantastic, moist and tender cuts of meat to pop in a bun. On the Monday evening the Dance Club held a Party as we did last year but probably due to it being an awful night, numbers weren’t as good as we had hoped. However, I for one cannot blame anyone for not wanting to leave the comfort of hearth and home on such a night!! The Festival finished once again with a torchlight parade and fantastic fireworks, only this year there was also a traditional cèilidh in the village hall followed by a bit of a disco for the young people. 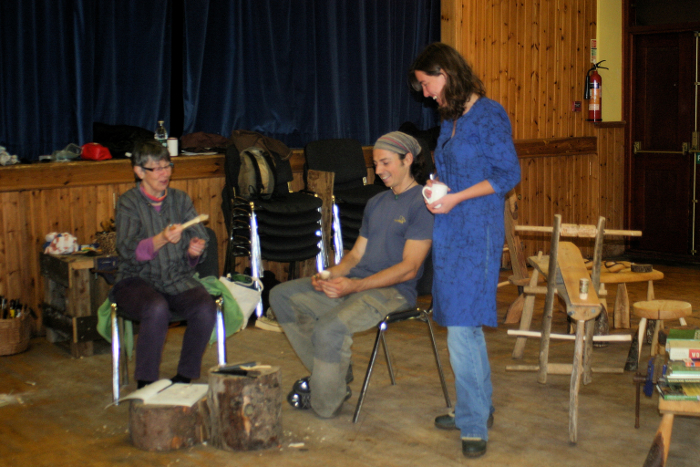 From what I have heard so far, numbers for the various events have been rather mixed, but generally things have gone well.

As part of the festival, there were 10 of us who set off up Cuineag under the watchful and knowledgeable eye of Don O’Driscoll who is the John Muir Trust‘s ranger for Cuineag and Sandwood Bay. The weather has been rather changeable but warm for the time of year and although dry, it was rather overcast and windy on that Saturday. We had hopes, however, that the day would clear and give us some views and so it proved as these pictures testify. We were in search of rutting stags, but only saw a few deer from a distance which may have disappointed some of the visitors among our number, but us locals weren’t too worried about that!! However, I now know the difference between grouse droppings and those of the ptarmigan – just a shame that we didn’t see any of the birds which left them!

We didn’t on this occasion get up to the bealach as it was deemed to be too windy which I am sure was true! We were “off path” as our guide was someone who is obviously extremely familiar with the mountain, and we did get up to about 1,500 feet. It interested me very much to hear that because of the nature of our weather, conditions here on the west coast at 1,300 feet are comparable to those at 3,000 in the Cairngorms on the east side of the country. 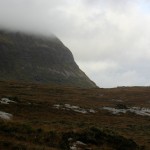 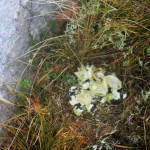 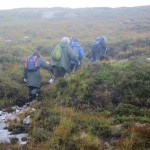 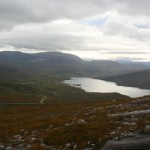 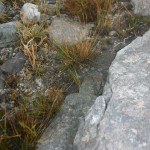 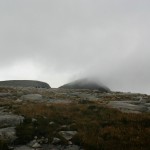 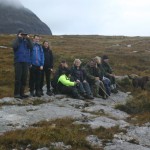 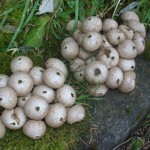 Don took us down off the mountain by an easy route which was certainly better for those of us with older knees! I am now looking forward to finding a good day in the not too far distant future and taking the made path which goes higher up the mountain, though I am not sure that I will ever manage the summit. As with the path up Stac Polly, this path is so inconspicuous that you don’t know it’s there until you’re on it, and that’s certainly how it should be.

I truly enjoyed the whole experience – there is something very special about being up a mountain and I am now looking forward to our next expedition when Gwen, Pam and I plan to tackle Cùl Mòr!

As I intimated above, life has been rather full recently! I am very much more involved with craftwork again after something of a moratorium of a few years. I have also been busy with pickles and ferments about which I want to write. However, such a subject rather more belongs to my other blog site, www.happiness-by-design.com and for a wee while I will be concentrating on writing for that.

Be warned though – I will be back…!