Last Monday morning when I walked down to the village was very different from the Wednesday before that! Sunday had been beautiful – sunny and comparatively warm – and I had been able to do a bit in the garden. Next morning we awoke to a hard front – but boy, was it beautiful 🙂 I wrapped up warm and walked down armed with my camera for a very different shooting experience.

The reason for going down to the village this time was a training session in the art of finding and collecting cat poo – but a very specific kind of cat poo. We were to learn to look for traces of the European wild cat. Scotland is probably the last stronghold in the UK of this superb creature – although they are so elusive, it is impossible to be sure – and the feeling is that the time to get collecting information about them is long overdue in this country. We are well behind Europe in this, although groups such as the Scottish Wildcat Association have been fairly active on behalf of the cats, very little really serious study has been done. 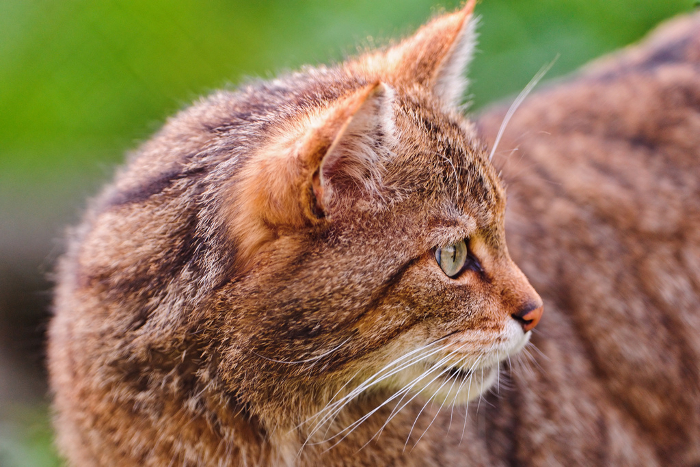 This is all according to Dr. Ross McEwing who had driven up from Edinburgh that morning – a 5-6 hour drive! – to fill us in on not only what has gone on in other places, but more importantly what we can do to help. Wild cats are known to be around here – there have been various sightings over the years and Gwen isn’t the only one to have have seen one dead on the road, but whether or not we have any true, pure blooded wild cats left can only really be ascertained by genetic testing – and that’s where Dr McEwing comes in. He is a geneticist – a senior scientist – working for the Royal Zoological Society of Scotland (RZSS – not an easy acronym!) and spends his life testing things that creatures leave behind such as their corpses, hair, vomit and yes, poo. He seems to love his work…:-)

He was telling us that there are basically two sides to your average zoo – the public face which is the animal collection which is important for education, information, behavioural studies etc, and his side which is to study animals, especially populations, behind the scenes. By collecting and analysing the faeces of creatures, you can build up a picture of, for instance, how many individuals there are living in a certain place and what they are eating, how related or not they may be to each other, what their sex is and how far they range, etc. Every living creature on the planet is an individual genetically, but the DNA also shows who is related to whom – as we all know from those great American crime series! Through genetic testing, we now know that all the wild cats in captivity are hybrids – good hybrids with a good proportion of true wild cat genes, but with a dash of domestic cat in the mix, which maybe explains why the wild cats in the Wildlife Park in Kingussie – itself an extension of Edinburgh Zoo – are quite so friendly and chatty!! It may be that there are no pure wild cats left in this country, and maybe we will have to accept that, but this is what this survey is all about – finding out exactly what we do have out there. When we know more about it, then informed decisions can be made as to how best to protect them. 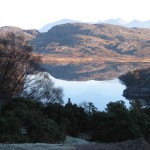 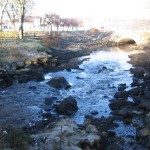 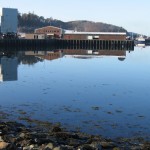 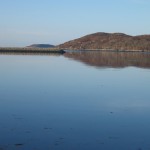 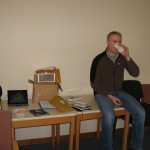 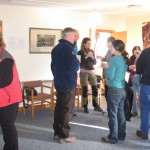 The question of hybridisation is a thorny one. Recently, incomers with domestic cats have been blamed for this problem – or as Bill put it, “bungalows on the Black Isle” – but Dr McEwing pointed out the fact that there have been cats in the Highlands for at least 1,000 years, maybe nearer 2,000, so that argument really doesn’t hold much water. What it comes down to is that the domestic cat is exactly that. It is adapted to lying on our knees or in front of the fire, purring – which evidently is very good for us too. That reminds me that one of Himself’s best memories of his African childhood is hearing lions purr – an unforgettable sound evidently! If a domestic cat is dumped into the wild or just wanders off and gets lost, which happens, they don’t do well as they are not adapted to living rough. Wild cats are of course the opposite – and if you mix the two together, you get a cat that isn’t properly adapted to either way of life. But if the cross then breeds back to a true wild cat, it can help bring something of genetic diversity into the animals – something which is very important for the survival of any species in a changing world.

We are actually bound by European law to look after our native species – although I gather that wild cats are a subspecies, but you know what I mean. However, the 17 people in the room needed no persuading to play an active part in being custodians of these fascinating, elusive creatures. Dr McEwing showed us how to collect the scats and went through the precautions we need to take against catching something nefarious from them. He also told where the best places are to look and showed us a list of the historical sites locally. Strangely enough, given that wild cats are as fond of trees as domestic cats, these places seemed to be mostly in exposed areas. Many of the historical records go back a long way and might read “saw a wild cat and shot it”:-( Not something you are likely to read nowadays – hopefully! Dr McEwing also told us where to find and how to recognise the scats. He told us that the animal’s personal DNA is on the outside of the “package” which it gets from scraping the sides of the digestive track on its way out, and the DNA of it’s prey is inside. He told us to look out for scats with lots of bones in them as they are more likely to be wild cat. Fortunately for us that is another way that the wild cat differs from the domestic variety – they don’t bury their droppings.

On the continent, one way they have of collecting DNA is to leave out “rubbing posts”. They smear the posts with valerian or nepita (cat mint) and the cat comes along and rubs against the post leaving fur with enough roots on it to be tested, but for some reason our wild cats don’t seem to be attracted to either valerian or cat mint. Very strange…

Well, I am looking forward to getting out there with my collecting kit in my bag. I will team up with Gwen and Storm and we will become intrepid poo hunters! Dr McEwing said that it didn’t matter one bit if someone else had collected from the same area, or that all you send in are badger or fox leavings – he will test them all and send us the results. However, there is a reasonable chance of finding traces of the cats as this is pine martin country, and they and kestrels cohabit the same sort of areas as wild cats – we get kestrels too, but not so many. Maybe Gwen and I will look where we know that one flies regularly. Will we even get to see a cat? I doubt that very much, but I am already feeling the satisfaction that comes from being part of important work…

[Photos of wild cat by Tambako the Jaguar; all other photos by Clarinda]

This entry was posted in Animals and tagged wild cats, wildlife. Bookmark the permalink.