An extra bite of the apple – or rather the biscuit! 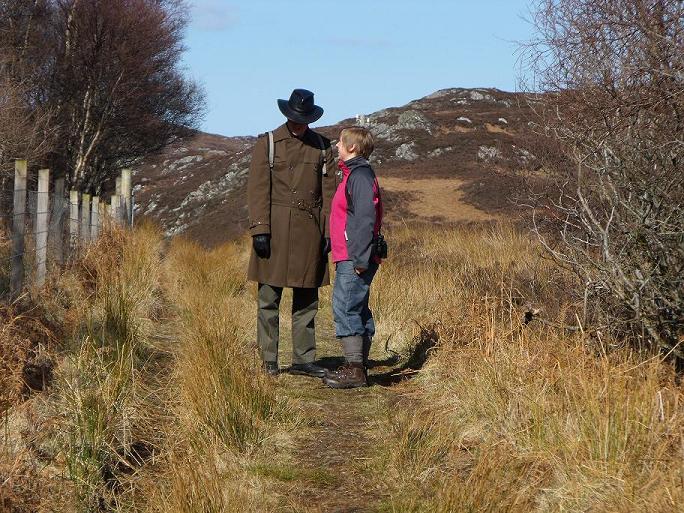 Our younger son, Timothy, came for Easter together with his OH, Kelly. Although I’ve known Kelly for some years now, I had not realised that she is an avid cook and especially baker! Both my sons cook and bake – something which I would say that they got from their parents – but in Kelly’s case, I gather it is her grandparents that have been the biggest influence on her where things pertaining to the kitchen are concerned – as it was for me back when dinosaurs walked the earth – my mother hated cooking!

Both Timothy and Kelly are pretty busy – Timothy is a civil servant with the Scottish Executive in Edinburgh, and Kelly has just taken a high-powered job in the private sector – so it is very pleasing to hear that they still take the time to feed themselves properly. At least I don’t have to worry about my sons’ diets – phew, that’s one worry less!! Of course, Tim and Kelly live in a city that abounds in good restaurants, of which they do avail themselves from time to time – and why not? I have to say I rather envy them that, but for me it wouldn’t be worth living in a city just so that I could eat out occasionally…

Over Easter, I learned that Kelly has taken her interest in cooking and especially baking, to the next level – she has started a blog devoted to the art! It is called “Interesting Thymes” which I think is a very clever and appropriate title in all sorts of ways. She has only just started it, but so far it has comments on and recipes for things such as hot cross buns, the poffertjes and æbelskivers that we had for breakfast here over Easter and the scrummy sounding biscuits she was able to run together to take down to her parents this weekend. That’s not bad going for a site that’s only been up for a short time. Her comments make entertaining reading, and the pictures are splendid – especially the one of my husband’s thumb as he fills the æbelskiver pan 🙂

The thing is that this is not someone who is a professional cook. This site is about the personal experiences of an ordinary person making ordinary stuff in an ordinary kitchen – no frips and frills, or minions to do the ground work – no fancy preparation to make the food in the pictures look better than it is –this is just Kelly doing something she enjoys doing and wants to share with others.

So there you have it – I have been very impressed with Kelly’s enterprise in this, especially as she is such a busy lass – impressed enough that I felt the need to write a short piece about it for my own blog site. I would recommend that anyone who enjoys and is interested in food – especially baked goods – should check out this blog. You won’t be disappointed!

Now I am off down to Culag Woods for the Annual Easter Egg Hunt and with any luck to gather material for my next post to Highland Diary.

This entry was posted in Family. Bookmark the permalink.

One Response to An extra bite of the apple – or rather the biscuit!