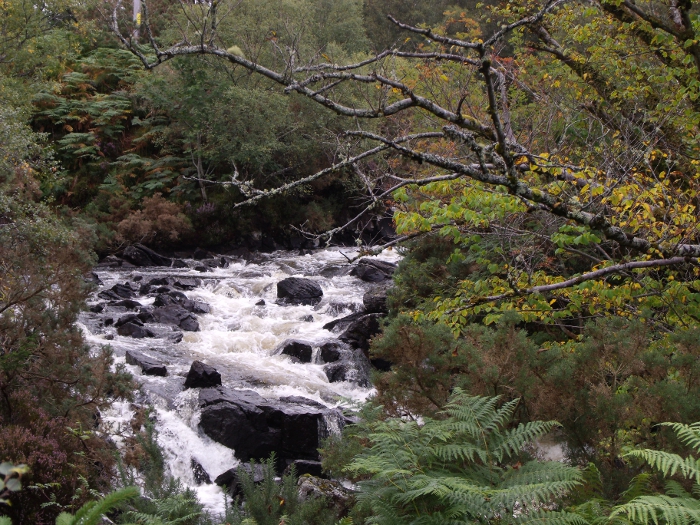 August Bank Holiday isn’t a Scottish holiday and so here things tend just to go along as normal over that weekend. In fact, the only public holiday that people religiously observe up here is the 2nd January! However, to say that it was the Sunday of the August Bank Holiday will fix the date for most people – and I can say that it was the wettest day we have experienced in a very long time.

It started raining during the Saturday evening – I got home at about 9 o’clock after singing with the choir at a cèilidh in Ullapool and it was just starting to rain then, and although I was dead to the world and therefore not hearing it, I think it must have rained from then on all night. In the morning it was still coming down in a steady stream! It was of course “Highland” rain – soft but persistent, creating “Scotch mist” along the straths and around the mountains, while the cloud cover was very low making some of the peaks disappear entirely.

I actually enjoy going out on a day like this – of course I prefer to see it from the warmth and dryness of the car, I’m not a masochist – but I love to see the mountain streams in full spate, running wild and white over rocks and stones, and the waterfalls tumbling down in mad profusion. I also love the way the water cascades down the sides of the bigger hills and mountains, while the very rocks seem to be leaking – and sometimes of course, they are! Where the cliff faces by the side of the road are limestone, the water does literally leach out. To see the effect properly you have to be there as the rain is falling – because of the lack of top soil to hold the water, it rushes straight out to sea and the effect is gone within a few hours of the cessation of the rain. Quite sad really… 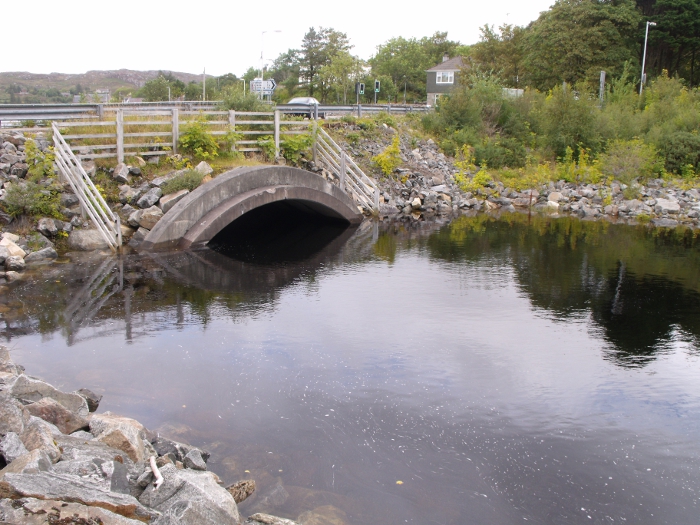 Well, as I said, that particular Sunday was just such a day, quite cold and breezy too with a wind from the north – in fact, although I almost hate to say it, it was the exact weather forecasted for that day by the Met Office! I was driving into Elphin for a choir singing workshop. It wasn’t too easy overtaking cars on the road as the right wheels of the car had a tendency to want to plane as they were driven through the water lying on the side of the road! Most people, myself included, were rather trying to keep to the centre of the carriageway – quite understandably! However, I got there in safety and found that I was the second to arrive, soon after one of the three Susans in our choir who had arrived early to open up – she went to school in the now defunct wee school in Elphin where the workshop was being held, and retains close ties with it.

She told me about a woman cyclist who had been found in a sorry state by the roadside in Elphin earlier that morning. She had come into Ullapool on the ferry with the intention of cycling to Bonar Bridge, but had accidentally left her waterproofs in Stornoway! As you can imagine, her chances of getting there without running the risk of hyperthermia were very low, so she was taken in, given hot tea and food, and the loan of a set of waterproofs. She and her saviour called in on the choir workshop to listen to us for a while before she set off again to ride to her intended destination. Such is the true nature of highland hospitality…

There is no doubt that the leaves are turning quite early this year. I personally feel that Autumn should and does start in August, when the fields are full of ripe grain and the harvest is underway, the verges are full of rosebay willow herb and the trees begin to show the early signs of gold among the green. This year though, the rowan berries showed an alarming tendency towards ripeness in the middle of July! That is very early and that could very well be the sign of a hard winter to come – last time I noticed them ripen early, albeit maybe not quite so early, was two years ago when we had one of the worst winters for snow and ice that we have seen in 20 years or more. I guess it will all depend on the jolly old jet stream and what have you, but I still like to believe in a bit of “earth magic” even in these days of great scientific knowledge!

The signs of an early Autumn are more than just really ripe rowan berries – the trees and bracken have been turning for some time. I noticed it especially when driving back from Skye a couple of weeks ago now, and it has become all the more so in recent days. On the holiday Monday, we had occasion to go across to Inverness, and the autumn colours were beginning to be very visible in the patches of woodland, while the moors and hills are looking very brown with grass that has seeded and died off already. The deer are about too as the nights are drawing out, and we have to be on the look out for them when driving either early or late – collision with a red deer is something we all try to avoid as it does a lot of damage both to the deer and the car! 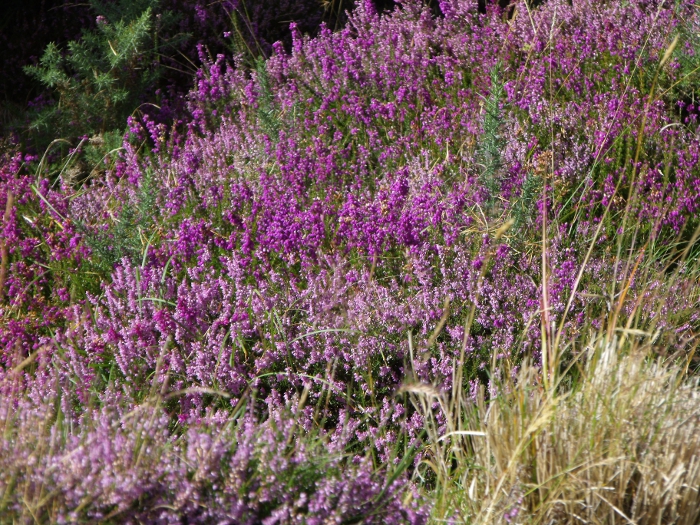 One of the things that has been lovely this year is the heather. Heather seems to have a mind of its own when it comes to flowering time, although the ling heather (calluna vulgaris) is always later coming into flower than the cross-leaved and bell heathers which are both ericas. They don’t always overlap – the cross-leaved and bell is normally sometime between July and August, but sometimes the ling is well into September – but when they do, the contrast between the pale ling heather and the darker more vibrant erica heather is very striking and I feel, very attractive. This year has been very notable for the two varieties being in flower at the same time, and the flowers have been very profuse. I grow a lot of heather in the garden – some I have planted and are of various colours and flower at various times of the year – but also I have allowed a lot of the wild heather to remain. There is certainly room for both in any garden in my opinion, especially as the flowers last for a very long time! Bees love the flowers as well, and of course we all know and (maybe love) the heather honey that the ling gives us. Technically, the honey from the ericas can’t be called “heather” honey, it is only the ling which gives that distinctive taste – but I’m thinking that the bees are not worried about that!! 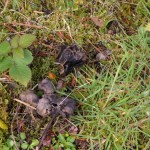 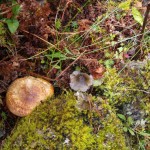 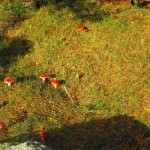 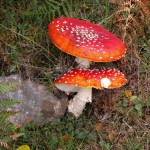 Although the sun can be quite warm still – when it comes out – there is a distinct autumnal smell on the air and toadstools are beginning to show in and around the garden. In the weeks to come, the larches will turn their truly beautiful golden colour giving a display that, in my opinion, rivals any of the colours that maple trees give – although that of course has its place in the autumn panoply of colour, when nature looks at its most gorgeous in preparation for the duller days of winter.