Bringing Gaelic back to Assynt…?

I mentioned last week that things were getting “back to normal” here, as everywhere else, and for me that means tutoring Gaelic a couple of times on a Thursday. The late afternoon session is held in the Leisure Centre for the time being and is a new course – but the morning one has been going on now for about three years!

This is a peripatetic group – we stravaig around each others houses each week and the host/hostess provides the coffee. No biscuits as we are all watching our waistlines! There are five of us in this group which has been together for some time now. Morgana is the last survivor of the original bunch – a couple of people stopped learning because life overtook them – but I have only had one who, having given it nine months, decided that learning another language wasn’t for him! Janet and John joined the group after my last “taster” course a couple of years ago and now we are a pretty close-knit lot who look forward to getting together every week to study. The point is here that this isn’t a “course”. It has no defined ending, it will go on for as long as we want it – especially as there is no money involved and therefore financing it is not an issue. We learn at our own pace and have fun doing it… It is also very flexible in that when people need to be elsewhere, it doesn’t matter. We ebb and flow with the learning – plenty of revision! – and the learning curve can fit into life. 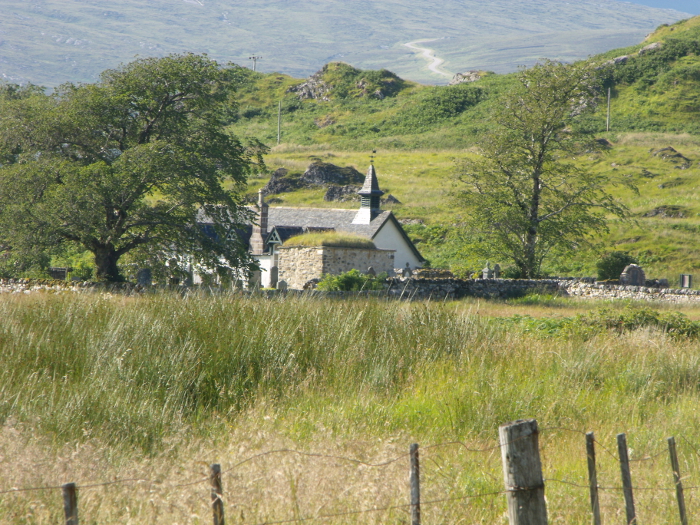 I am hoping that when/if the funding which Assynt Leisure have managed to get together for the other course – it is being held as part of the regular winter series of adult learning courses which are put on every year – this group will also carry on in much the same fashion.

I know that this sort of set up can’t really exist out there in the real world! It isn’t that I am rich and can “afford” to give my time – we live on an OAP and very little else – but I actually want to do it this way. My reasoning being that if we can keep going almost indefinitely, then people have a real chance of being able to speak Gaelic at the end of the day, and that should go a long way to bringing the language back to Assynt.

Normally, courses for learning Gaelic – and anything else – are really rather expensive. I am not saying that they are a “rip off” or anything like that – I know that Sabhal Mòr Ostaig (the Gaelic college on Skye) offers very good value for money – it’s just that for the providers, by the time you’ve paid the overheads, there is very little profit left – if any!! I was lucky when I started learning Gaelic because I not only could afford to take SMO’s Distance Learning course – An Cùrsa Inntigridh – in financial terms, I could also afford the time. To do that course you had to commit to 5-10 hours of study a week – probably still do – and that was for a year, broken up into terms much as a school year is. There were also a couple of others from the area on the same course, so we were able to share expenses going down to Skye once a term for a weekend school. It was a brilliant experience! After that, though, there was nothing except to work on my own – which I did with the help of the Letter for Learners on Rèidio nan Gaidheal (now also to be found on-line).

I was then lucky enough to get on to a Gaelic-in-the-Home course. This meant driving to Ullapool once a week for 2 ½ years – fuel was not so expensive then 🙂 – but there was nothing on offer here in Assynt at all at that time. That course got me speaking Gaelic – but it was just that “a course” and after 200 hours, it came to an end. This course wasn’t too expensive – Gàidhlig Lochbruin had raised funding for it, so we paid only £2 a week – which again, I could afford at the time, as well as the cost of the diesel – I couldn’t do it now!! 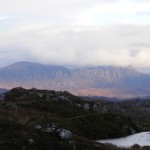 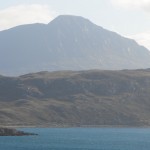 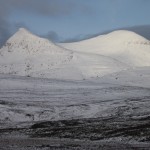 What’s the point of all this rambling? I hear you ask… Well, the story of how I learned Gaelic – which of course I am still doing – I think highlights the difficulties people face when they want to learn. Here I am talking about adults – the chances/difficulties faced by the young are a bit different. So often, the choice for grown ups is an evening course here or a Clì Ghàidhlig day course there, or maybe a week at Sabhal Mòr on one of their short courses in the summer – because of money and life, there is no opportunity for them to do more. And the chances are that everything is forgotten between courses. This is life in the real world, and I know folk who have been trying to learn with much dedication to the language for 20 or 30 years without much progress! At the end of the day, the most important things for learning are continuity and the chance to practice. My real hope is that my two groups will one day become one – just a group of fellow travellers coming together once a week to practice the language we all love.

I was really happy to be asked to take on the second group. For a couple of years now, the funding effort has gone into the Ùlpan system, which has been pretty popular locally – I seem to think that there were between 12 and 15 people, divided into two weekly sessions, on the lists for taking the Ùlpan course – but due I think to a shift in the way this system is funded, the courses have unfortunately staggered to a halt before the 140 parts have been completed. This is not atypical of what happens – there have been many courses started here over the years, but which have stopped either due to lack of funding, or simply because the tutor no longer wants the hassle of all the travelling to get here!

The course we started last week was the second one this winter – I gather that another course failed at the last hurdle and I was most gratified that Gaelic was selected to fill the gap. The first was a “taster” course and now we are doing a “follow-on”. When I arrived last week, I was delighted to find that two people who were in the group three years ago were re-joining – one of whom is Nina from Drumbeg who is 91 and still determined to learn Gaelic! Thus proving that it is never too late…:-)

People do say “what’s the point when you can’t go into the shops and hear or speak Gaelic”? You can of course hear Gaelic spoken in the shops on the islands, as I did last year in Stornoway, but not round here. Well, my answer to that is that the more people who come forward to learn, the more chance there will be of Gaelic being heard round here – not only in the shops!! Already, if anyone comes into the Mission on a Wednesday morning, they will hear Claire and I jabbering away in the language 🙂 That is not the whole point of this effort of course – but it is an important one! There is evidence from other parts of the world that where a minority language has been brought back, the place in general enjoys an economic revival – and if we can show that to be true here, then things will be really looking up for the chances of bringing Gaelic back into an area where it does truly belong.

However, that is not my real motivation for learning. I just love the language – it is beautiful, fascinating, poetical and never ceases to surprise and inspire. What more could anyone want from any subject?

After all the excitement in the Up Helly Aa pictures on last week’s post, I thought a few calming landscapes are in order for this week. I hope you enjoy them…

This entry was posted in Landscape, Local area and tagged Gaelic. Bookmark the permalink.

2 Responses to Bringing Gaelic back to Assynt…?