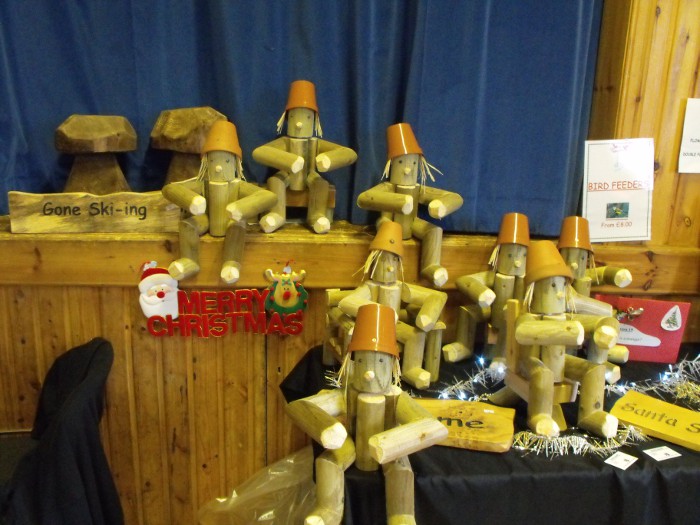 A week or two ago, Lochinver had its very own Christmas Bazaar, timed to be not too close in date to the one in Elphin. I couldn’t say that this is Lochinver’s “annual” Christmas bazaar because for the last few years, there hasn’t been one! There used to be a Christmas bazaar, but it had dwindled and dwindled until it ceased altogether. But this year, under the active management of Helen Lockhart, the bazaar is up and running again, and one hopes that it will go on for years to come.

The day on which it was held was rather “dreich” as they say up here – i.e. wet, chilly and with a distinct stiff breeze – a miserable sort of day, just right for going into a place where one would expect to be greeted by plenty of Christmas cheer!

And so it was…

The bazaar was held in the Village Hall, which is probably the only space in Lochinver which is large enough to hold such an event with the exception of the gymnasium in the Leisure Centre. The Hall had been nicely decorated, but there really wasn’t room for a Christmas tree as there were plenty of stalls – twenty all told, I have been reliably informed. It was going to be quite a long haul for the stall holders – the bazaar was to be open from 9 o’clock on Friday morning until 9 at night, and then from 9 until 4 in the afternoon on the Saturday – plenty of opportunity for retail therapy for all the people of Assynt!

I had gone down with no intention of spending any money – although I did take my purse. Rather I had thought of “showing my face” and taking a few nice pictures, but there was so much good stuff there, it would have been impossible not to spend anything! Most of the stuff for sale was made by the vendor – no cheap tat “made in China” here – it would not have been welcome!! I say most of the stuff because the first stall on entering the hall was covered in packs of Christmas cards and calendars being sold in aid of the Royal National Lifeboat Institute – not surprisingly we have a very active committee here which supports the lifeboat service. Not only do they sell cards and such things to raise money, they also produce annually a very useful local telephone directory – which costs two or three quid, unlike the more comprehensive BT version which drops through our doors free of charge, but I doubt there is anyone locally who does not have a copy of the Lifeboat Directory in their house.

So, my first stop was a pack of cards from the Lifeboats… After that came a good wander round looking at all there was to buy (and chatting!) The contents of the stalls ranged from Brenda’s superb pottery to Dorelle’s elegant decorated glassware; from hearth brushes with handles made from antlers to jam and pickles. There was also quite a lot of fine jewellery – some really quite expensive – and of course Helen’s hand dyed yarn. I certainly could not resist buying one of Richard’s hearth brushes and I have found it very effective for brushing the hearth, better than the fancy brass-handled one I used before. A couple of examples of Dorelle’s glassware will make beautiful extra presents for our sons in the hopes of being able to add to them over the years, and a set of china napkin rings from Brenda’s stall will look brilliant on our Christmas table.

There was also hot chocolate, mince pies and a glass of mulled wine to be bought in the bar – the wine by donation only as technically it would need a licence to sell it, and that led to some lively discussions about how much alcohol was actually in mulled wine after it had been heated. The general consensus was that there was very little, if any, and certainly a small plastic cup’s worth was not going to put anyone over the limit for driving! Accompanied by one of Stella’s scrummy mince pies, it certainly went down a treat. Then it was back out into the rain, purchases tucked under arm and a warm glow inside… 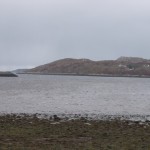 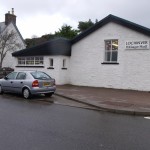 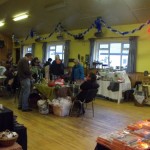 Bazaar over, Christmas cometh apace! Last Monday, the Dance Club had its Christmas party for which the Ullapool Dance Club turned out in force – and with as many again from our own club, it was indeed a merry occasion. This was helped on not a little by the fact that the Ullapool group came by mini-bus and none of them was driving! There were plenty of eats for half-time, but we offered tea and coffee when they arrived and opened the wine, thus getting things off to a good start! We were so grateful that the weather behaved itself and the Ullapool crowd could get up over Knocken Crag – the highest point on the road between here and Ullapool and frequently the stumbling block when it comes to winter journeys. Everyone who came voted the evening a great success!

On Thursday evening will be the December meeting of the Field Club – the monthly meetings are definitely held indoors at this time of year! This month the subject of the meeting is on the life cycle of fungi with the talk being given by our very own expert, Bruce Ing, who lives in Achiltibuie just down the “wee mad road” to Ullapool and who does happen to be one of the leading experts in the field of mycology. I for one am really looking forward to that, and there will be mince pies along with the other goodies for tea afterwards. On Friday comes the Carol Concert at the Kirk in Inchnadamph which this year will be going ahead whatever after the disappointment of the cancellation last year – and there will be more mince pies and mulled wine in the Inchnadamph Field Centre afterwards. That is always a very popular event and the kirk will undoubtedly be full. I will be playing the small pipes as part of the entertainment – Sandy and I have been practising Highland Cathedral for weeks now and we will be joined by young Wilson Perie on the small pipes – three sets in one small kirk! Wilson’s father, James, will accompany us on the acoustic guitar, which sounds like an unlikely combination, but we rehearsed it yesterday and it sounded great!

The children are not forgotten with all this adult entertainment and on the Wednesday before Christmas, the school Christmas Party will be held in the Village Hall – the Christmas tree is already set up for that.

The village itself is looking very festive just now with the outside Christmas tree (well roped down!) draped in coloured lights standing in the play park near the War Memorial, and coloured lights bent into all sorts of Christmas-type images hanging from the street lamps. 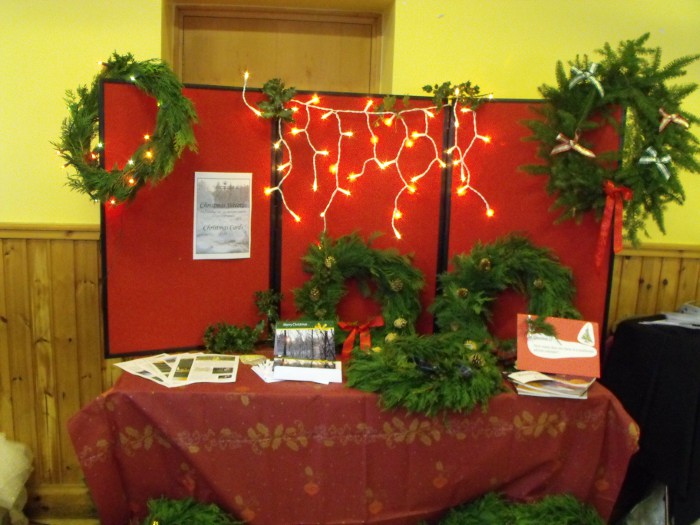