I know I’ve been cracking on a bit about the weather recently – but it has been a bit unprecedented for March this year, has it not? I really feel for those further south who have been without power for a week or more. One knows that such problems can bring out the best in people – the old “war-time spirit” comes to the fore and neighbours look out for one another – but really at the end of the day, it is not funny being without electricity for so long. We have become so dependant on it nowadays just for life. I know that there are people round here who are not only entirely reliant on electricity for heating, lighting and cooking, but – I gather because of newish legislation – they have to have electrically powered pumps out to their sceptic tanks instead of being able to rely on gravity as we do – which I have to admit also occasionally lets us down! 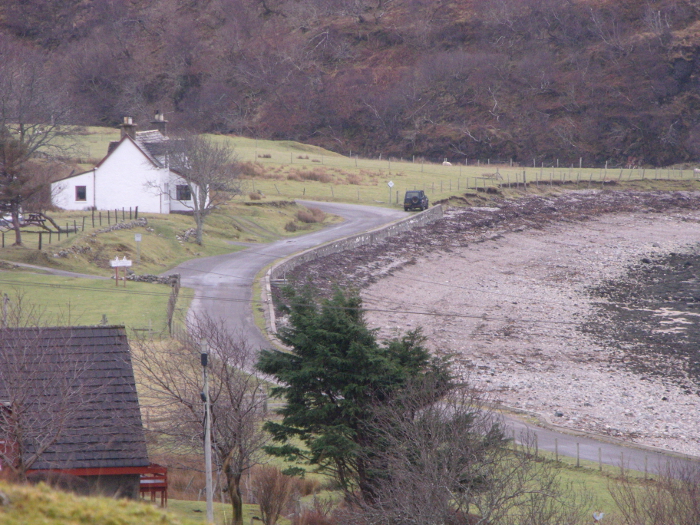 It was good to hear that people on the island of Arran, which lies off the coast down Glasgow way, have resorted to using boats to keep supplies moving round the island. This shouldn’t be very surprising really in that the various inhabited islands round our coast all rely on the sea to bring food and the other necessities of life – when the weather is too bad for the ferries to run, the islands really do begin to run out of supplies. The supermarket shelves begin to become bare and nowadays of course, most people who live on the islands are no more self-sufficient than anyone else! Although there are a few crofters still who have their own supply of things like meat, fish, veg and eggs, there are very few who have a milk cow or goat and make their own cheese, and none nowadays who grow their own grains as their forefathers used to do. My biggest worry would be if coffee became in short supply 🙂

Here, though, we have again missed the worst of the snow and have suffered no disruption on the roads, and part of that is because it is so very dry again. Very cold and very dry… So of course the risk of fire is now at the forefront of our concerns weather-wise. You may feel that that is a bit stupid living as we do in Britain, a part of the world not known for wild-fire in the way of other countries. Here in Sutherland we should get 70 to 80 inches of rain a year and never have to think about fires – but climate change is climate change, and we are getting nothing like the rain fall we should have. We haven’t had but the odd snowflake fall from the sky now for quite some time, and things are tinder dry. Last Saturday, a power cable came down for some nefarious reason, and set light to the muir over by Achmelvic. The fire was bad enough that Valerie at Torbreck considered taking her children and dogs to the safety of her mother’s house in Lochinver. The Ullapool fire engine joined ours, and together they brought the fire under control before it spread out, too far. I have no idea what we would do without our fire-fighters – volunteers all. 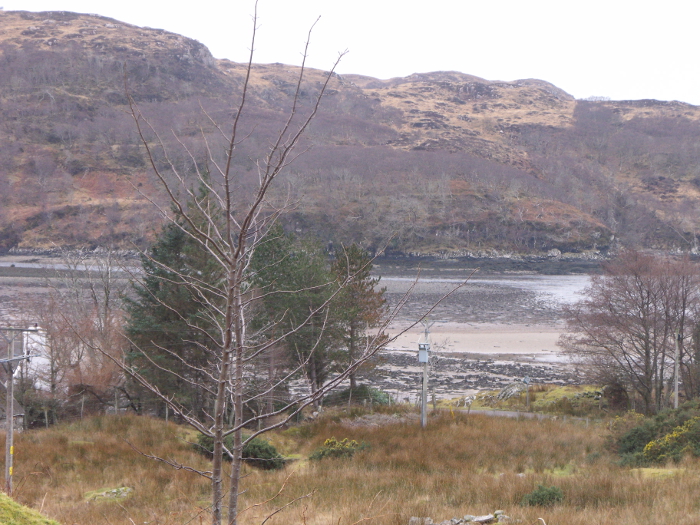 Further north, they were without power on Saturday, but we were fine here and the photography course to which I have been going for the last few Saturdays went ahead as scheduled. There was bedlam at the Leisure Centre that day – our group of five in the classroom was an oasis of peace in a mad world – the reason being a badminton tournament for the children! The gym was taken up with the matches, so the hall and every other available space was festooned with shuttlecocks and rackets, and children practising ready to take their chance for glory! You took your life into your hands just going down the corridor to the loo…:-) There were parents around of course to see their offspring play, but I am sure that Kelly and her brave team of organisers, adjudicators, etc. would have been exhausted at the end of the day!

Last week, we had the BBC here again making a “Landward” programme. I gather they were speaking to various people to do with such things as the original purchase of the North Assynt Crofters’ Trust land which was over 10 years ago now (doesn’t time fly?!), to people concerned with the Assynt Foundation which runs the 44,000 acre estate which our community owns. and to my friend and fellow Gaelic student, Angus John. Gwen saw the camera team filming Alan MacReay (who is a leading light in the North Assynt Crofters Trust) feeding his cows on his croft, and Angus was very amusing about his time with the team which evidently involved his artistically picking up a book from the floor about half a dozen times 🙂 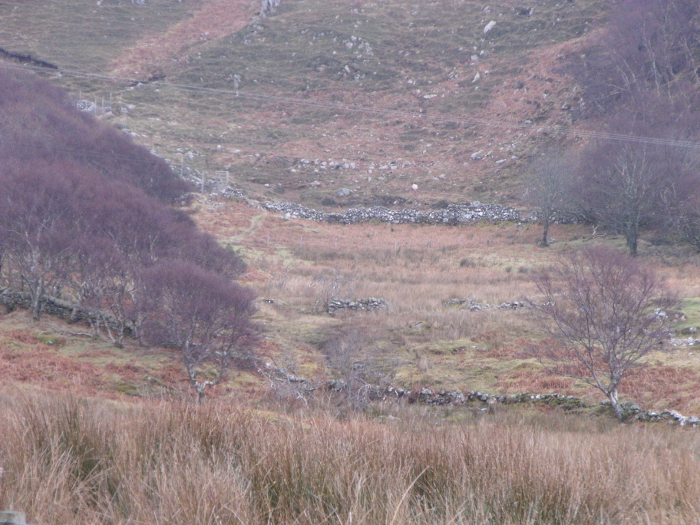 The reason that people from the Beeb always like to speak to Angus when they come here is his connection with the well-known Scottish poet, Norman MacCaig. Angus now lives in the house in Inverkerkaig in which Norman MacCaig used to stay when he was in Assynt. A lot of people round here, myself included before Angus put me right, think that Norman MacCaig was his (Angus’) uncle, and in a way he could well have been in that the young Angus had a lot to do with the Great Man when they were both staying here in the summer months. Many are the tales which Angus tells of his time spent in the company of Norman MacCaig!

Angus did indeed come to spend summer holidays with his Aunty and Uncle, who did indeed own the house in which Angus now lives, but the truth is that they let their house out as a holiday home during the summer, moving themselves into a “shed” in the garden – see the picture which Angus kindly sent through to me. I gather that Norman MacCaig was a summer regular over many years – he truly loved this place and wrote many a poem based in Assynt. Or so I gather, for I have to admit that I have only read one poem of his, not being into that sort of poetry myself. I prefer bardic poetry – bringing the Good News from Ghent to Aix or Riding into the Valley of Death and I have been known to enjoy the odd Icelandic Saga, but a Cloud of Golden Daffodils does nothing for me at all!! Poetry is a very personal thing, but it is true that Norman MacCaig’s has brought pleasure to very many people, and has been an ongoing and excellent advert for this otherwise very remote and unknown part of the world – and for that if nothing else I guess we owe a debt to his memory… 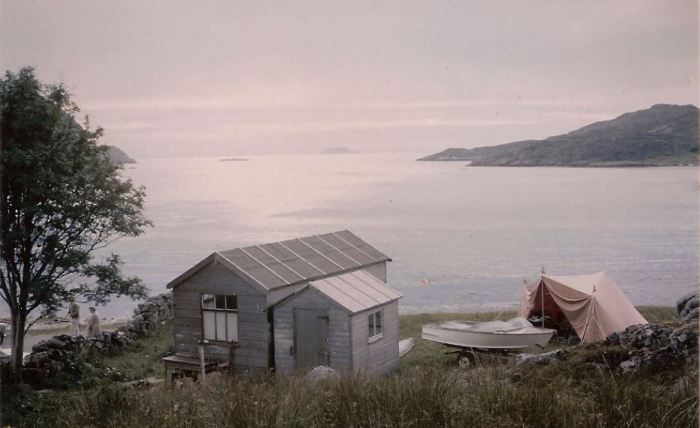 This entry was posted in Local area, Nature and tagged Norman MacCaig, weather. Bookmark the permalink.