Here’s hoping to dispel the biggest myth about Gaelic

I have been thinking that probably by now we are all a bit fed up with endless writings about Christmas – fun though they are. So for this, my final blog post of this year, I thought I would write about something totally different. In fact, as a Christmas treat to myself, I thought I would write a piece about a subject very close to my heart to do with this language that I love – Gaelic. Don’t worry – I shan’t go on too long and I have decided to decorate this post with a good few of the pictures I have of this most beautiful part of the world where Gaelic once held sway.

I hear time and time again this myth that Gaelic was “always an oral language which was only written down recently”. This is absolute rubbish – and the real pity of it is that this myth is often repeated by people who should know better – advanced learners or people who have vested interests in Gaelic. I will show you now that Gaelic was first written down some hundreds of years before Chaucer…

That Scots Gaelic and Irish Gaelic are sister languages isn’t disputed. The theory is that the Irish expanded into the south west of Scotland sometime very early on in the Dark Ages soon after the Romans left Britain, and of course they brought their language with them. They spread westwards, assimilating the Picts who almost certainly spoke another Celtic language, similar to Welsh, Cornish and Breton and which was probably very closely akin to the language spoken by the Gauls – Vercingetorix and his cronies. I for one feel no inclination to dispute this theory – it makes perfect sense, especially as the old stories about the origins of the Gaels – i.e. that they came from the Middle East and up through Spain before settling in Ireland – seem to have been pretty much proven by genetic testing done in the south west of Scotland. Interesting, isn’t it? It would seem that there is often more than a sprinkling of truth in old legends… So there we are – Scots and Irish Gaelic are pretty much one and the same language – a native speaker of Scots Gaelic rarely has any trouble conversing with his Irish counterpart, and the languages can be read by anyone who speaks either – although there are of course differences now. I have a friend who is a fluent Irish Gaelic speaker and is learning Scots Gaelic, and he reckons that, to his ears anyway, Scots Gaelic sounds rather like an old fashioned version of Irish.

Here I will set out a few facts to back up my statement that Gaelic is far from a language which was always only orally transmitted – unlike my husband’s first languages, Makondi and Swahili – which in the case of the latter was written down recently and obviously in familiar Latin phonetics, unlike Gaelic’s weird but in fact very regular phonetic system.

First up to mention is the Lebor Gálar Érenn which is a compilation of poems and prose relating to the “taking of Ireland by the Gaels”. This was written down in the 11th century in Middle Irish – fact. A hundred years later in the 12th century came the Lebor na hUidre or the Book of the Dun Cow, again written in Irish Gaelic – also fact! Also I am pretty sure that I have read somewhere that some of the earlier Annals of Irish history were also written in Gaelic – but in doing a wee bit of research for this blog post, I haven’t found any chapter or verse for that, so cannot say that as fact.

Then we move across the water to Scotland and the Leabhar Dhèir or the Book of Deer also written in the 12th century and pretty well known. The book is written in Latin, but annotated by monks who wrote in the margins in – guess what – yes that’s right– Gaelic! Of course the monks didn’t pull the written language out of thin air – that would be most unlikely…!

Then we can go a bit further forward to a manuscript Leabhar Deadhain Lios Mhòir written between 1512 and 1526 – a manuscript I knew nothing about until Maoilis Caimbeul – Gaelic poet and author – told me about it when he wrote in response to my email asking what we could do to quell this horrible untruth – I’m afraid he felt that there wasn’t much to be done Anyway, this book was the first Gaelic writing to appear in print, that was in 1567.

Rob Donn who was a poet born in Sutherland in the 18th century was himself illiterate, as the son of a cowherd would have been either up here or elsewhere in the United Kingdom. He may not have been able to write down his work himself, but others did for him – and I was very interested to note that this included the daughter of the Rev John Thomson, whose father allowed her to transcribe all Rob’s poetry including his bawdier works! The Gaels were not at all prudish at this time, and I have a book called “An Lasair” which is a compilation of Gaelic poetry of the 18th century some of which leaves nothing to the imagination! Staying in the mid-18th century, we also have Dugald Buchanan who wrote down his own poetry and also assisted the Rev James Stewart in his translation of the New Testament.

Lastly, in my not at all comprehensive list of “proofs”, I have to mention the Beatons. They were an extended family who became the leading medical practitioners of their day – a day which lasted several hundred years it would seem! They wrote their medical books in their native Gaelic – leading Professor Bannerman to quote in his 1986 book on the Beatons that the medieval languages of medicine were recognised at the time as Latin, Greek, Arabic and Gaelic!

There must be a lot more out there – inventories from big houses, personal letters and what-have-you – but I think that just those few examples I have put forward should be enough for anyone to realise that Gaelic has indeed been written down for a very long time. As Maoilis pointed out to me, it was only the educated classes that could read and write – at least until the Gaelic Bible became widely available and ordinary people started to learn so that they could read it – but that was also true in England!

I think what Gaelic lacks is a Chaucer or a Shakespeare – if such had existed, then no-one would make such a stupid statement, and it would be taken for granted that Gaelic had always been a written language – as indeed it has. My thought is that there may be confusion between the canntaireachd – the system of singing the notes of pipe tunes to pass them on and which was written down recently, in the 19th century – and the language itself. 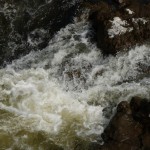 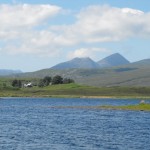 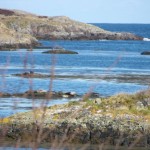 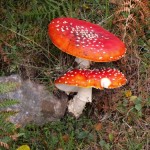 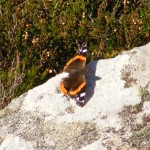 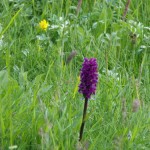 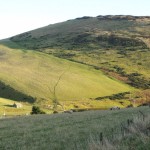 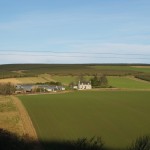 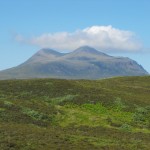 Well, I promised I wouldn’t rant on about this subject too, too long, so I will close now and leave you with the pictures. Not all these are from Assynt, but they were all taken by me in the Highlands and I hope you enjoy them. 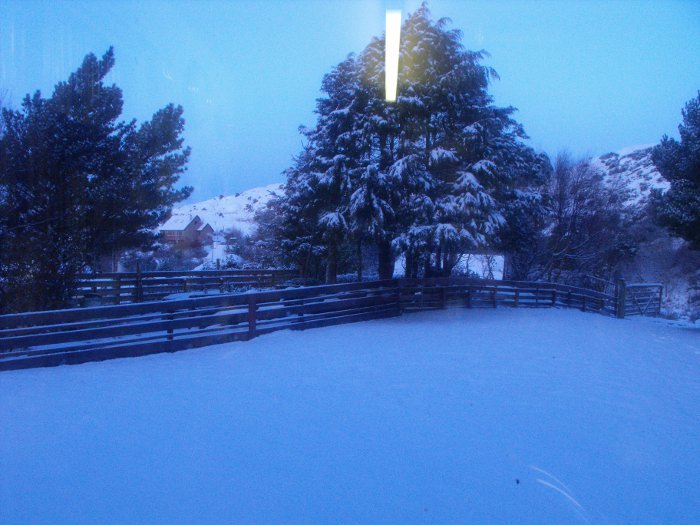 This entry was posted in Local area, Social events and tagged Gaelic. Bookmark the permalink.