Lyn and I had had some discussion on the subject of calling a talk planned for the Assynt Centre “Natural Dyeing” – even with an “e”. It did seem a bit like calling a street of sheltered housing “St. Peter’s Close”:) The discussions were of course somewhat tongue in cheek, but it did seem a bit insensitive to use that particular term, even if the planned afternoon was to be on the subject of the use of plants in dyeing wool! 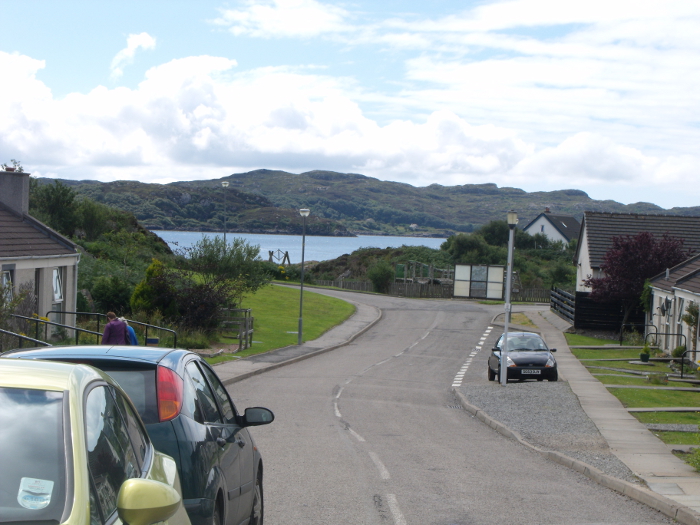 I think I have probably mentioned already on this blog site that the Assynt Centre is our local facility which provides for the older folk of the community, and which used to be run by the Highland Council – providing respite care and sheltered housing for the older folk – but that they, in their infinite wisdom, felt they could no longer afford to keep it going. When Himself was Secretary of the Community Council, the subject had come up and a battle royal ensued to keep it open. We sort of half won – the beds stayed, but the sheltered housing went. Then a couple of years ago, the subject came up again, and this time the council had “health and safety” on their side as the building itself was deemed no longer “fit-for-purpose”. From what I have heard, they wanted to close the centre completely, but had to compromise in the end – although we do have some paid staff there, the centre is now mostly run by volunteers providing a lunch club and somewhere for the older folk to get together. The bus which used to be driven full-time by Gwen as paid employment is now driven by a team of volunteers, but at least it runs and means that many older people are not trapped in their houses reliant on other people to get their shopping, go to the bank or the post office or whatever – or indeed to get down to Lochinver for the lunch club and the other things the Centre affords them.

I have also mentioned the fund raising sales that they hold – the last one in the Village Hall raised over £600, and their bus-boot sales regularly raise between £100 and £200. They held the last of the season the other day – to which I had taken a loaf of my famous chocolate and orange marbled tea-bread! – was very successful with all the home-baking being sold along with quite a few of the other bits and pieces. They sell mostly bric-a-brac and second-hand books – things which are always popular, and at this time of year such a sale always goes down well with visitors – especially when they know what a good cause the sale supports. 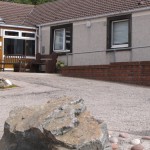 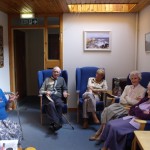 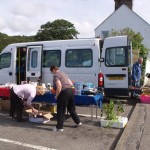 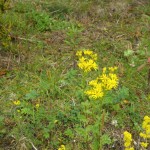 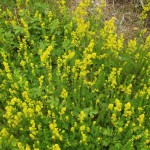 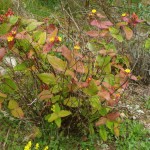 Occasionally, the Assynt Centre team hold one-off events just for the people who go to the lunch club – like their own version of the Olympic Games which were held on the Thursday of the sand sculptures – but every Tuesday Lyn organises some form of entertainment. This can take the form of scrabble or bingo, which are both very popular especially scrabble, a tea-tasting has been mentioned or sometimes Angus John will be invited to come and sing some old songs or tell some nonsense tales (which he is very good at) – and very occasionally I go down to talk about craft. Some months ago, I had taken a spinning wheel down and we had done some carding and spinning. Many of the older folk – especially those of the female persuasion – had helped their mums or grand mums prepare the wool for spinning, or had actually helped with the spinning itself, in the days when it was done more out of necessity than as a hobby. We are not of course talking about a hundred or more years ago – I would say that most of the folk who attend the Assynt Centre are over 70, but I don’t think any are over 100:) I sometimes have to remind myself that some of them are only 10 years or so older than I, and that in many ways our experiences are much the same. The big difference is that among those who were born and bought up in this area are memories of a self-sufficient life-style which had largely gone by the first half of the last century in other parts of the UK.

Anyway, those who were there had obviously enjoyed what we had been doing that afternoon because Lyn had mentioned that they had been requesting a return visit and this time, I thought it would be a good idea to do something about natural dyeing while the plants in my dye garden were looking at their best, and I could pick some to take along – a spinning session could be done at any time of year! On thinking about it, I had an inkling that it could add interest for the audience if I also went equipped to talk about the medicinal and/or culinary uses of the various plants – natural dyeing is not rocket science and it doesn’t take a lot of time to explain the process, particularly when there are no facilities available to get big pots of dye stuff boiling on a stove. I used the late Mary Beith’s wonderful book “Healing Threads” to do the necessary research as this book is specifically about usage of the herbs in this part of the world. I was hoping that maybe some of the people would remember being dosed with tansy to cure worms or whatever, but as I said, we are not talking about a time so far distant, and although they had similar memories as I about rosehip syrup and such, none of them had been forced to swallow balls of bitter tansy leaves wrapped around soot!! Those who did remember the use of herbs – especially Katie Graham who is over 90 and especially remembered a natural remedy for the cure of the boils from which adolescent youths suffered – reckoned that they usually did the job!

I took pots of the various minerals which are used for “mordanting” the wool to show them. The most important of these is alum, which is a mineral which has been around since Adam was a lad and is a bye-product of coal mining. The secret to lasting colour and even take-up is careful mordanting with alum before dyeing – other mordants such as copper or iron are added afterwards to change colours – e.g. from a yellow to a green. Most of the plants I picked from my dye garden give a shade of yellow, and these can be changed with the addition of a teaspoon of other mordants or being over-dyed with indigo. As I explained, you never make a mistake with dyeing – if you don’t like the colour, you can always add a little something to change it! I reckon natural dyeing is a cross between cookery and magic:)

Although I couldn’t put on a big pot of, for instance, onion skins to demonstrate how the process works, I was able to bring along a jar and a kit I had bought for dyeing with indigo – everything you need for it in one package! So after we had identified the plants I had brought with me and talked about their uses, we boiled a kettle of water and, with some trepidation, I set about dyeing a wee bit of spun wool. Indigo dyeing is a bit more complicated than most methods – you have to extract all the oxygen from the liquid before inserting the yarn. I had done this before, but not for a while and normally in greater quantities – and as the instructions were for a gallon of water and I had about half a pint, I had to use my instincts about how much stuff to add to the pot, testing for temperature with my finger – that’s the cookery bit. Then in went the wet yarn, and after leaving it for a wee while, I passed the jar around showing the folk the green colour of the yarn. Then, with a suitable flourish, I pulled the green bit of spun wool from the jar and they watched it turn blue in front of their eyes. And that’s the magic…:)