This week, the Easter week of 2013, I have the joy of young people staying with us – one of my five nieces and her young family. The family arrived on Friday afternoon, and were straight out on Saturday into the woods to join in the annual Easter Egg hunt – little Theo found 21 eggs but maybe with the help of his father – shhh..:-) 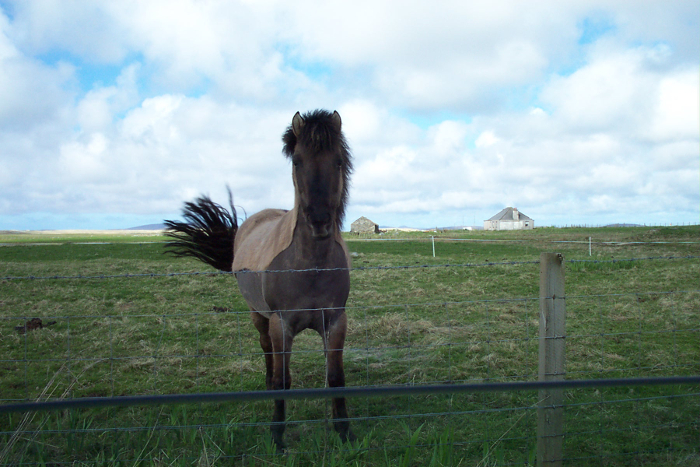 We have been on the beach, and in spite of the cold weather – the coldest Easter since records began – Theo was running around the beach and in and out of a chilly Atlantic Ocean with his trousers off! The adults were a bit more circumspect, but did manage bare feet and a paddle! In fact, I thought the sea felt a wee bit warmer than it did two or three weeks ago – which surely is a hopeful sign that warmer weather might happen reasonably soon!

On Wednesday, we will be heading up the road to Durness for maybe a walk on the beautiful beach at Balnakeil and I am sure, a visit to Cocoa Mountain – where they sell their wonderful chocolates and also hot chocolate which is pure pleasure in a cup! 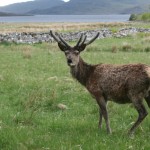 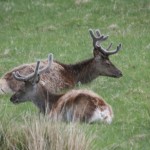 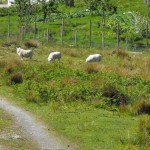 As we are a bit busy this week, I thought I would just write a few words to accompany some seasonal type pictures. As spring is often associated with animals – especially young ones – I thought it would be appropriate to post some animally pictures taken around here. The pic of an Eriskay pony was taken a few years ago and on South Uist rather than Eriskay itself. My Canadian friend, Lynne, and I had been on Eriskay for an hour or two but to our disappointment had seen none of the ponies which roam freely around the island – an island known to history as the place where Bonny Prince Charlie landed to claim the throne of Britain for his father in 1745, thus precipitating one of the worst periods of Scottish history. However, having failed to see the ponies in their native habitat, we crossed back over the causeway between South Uist and Eriskay – only to see this chap in a field! Better that than nothing…:-) 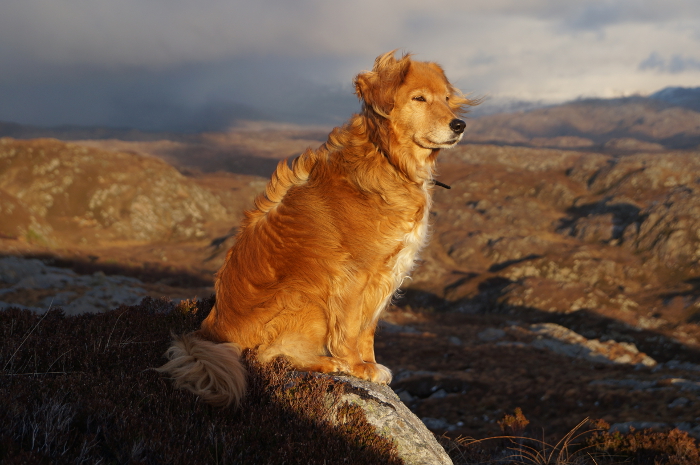 The photograph of the dog was taken by his owner, Agnes Dickson, on top of a mountain and is I reckon a truly spectacular shot – I wish I could claim it! The picture of stags in velvet was taken at Inchnadamph – which means the “Place of the Stags” and they are indeed often seen there for some reason, I think maybe they like the grass which grows on the limestone rock there! This pic was taken by Andrew Woodthorpe who has contributed some of his superb pics to this blog site before now. The rest are my own efforts!

Next week, look out for guest blogger, Romany Garrett, who has kindly written a piece about the goings on in the Tree Nursery…

This entry was posted in Animals and tagged animals. Bookmark the permalink.