Off on a foray to find mushrooms

Well, it would appear that autumn is really and truly with us now. Gone are any residual hopes that we might have a week or two of good weather – an Indian summer if you like – and I am at last thinking that it is well on time to bed down the garden for winter. I have started doing a bit – given the hedge a last trim and turned over part of the “lazy bed”, but I haven’t as yet brought in the solar fountains or the swing chair – always living in a bit of hope for just one more sunny day!! We did have a few nice days during September, but this year I really do have the feeling that winter is upon us before the summer really got started!! Although we really didn’t have the wet, cold, unpleasant summer which they “enjoyed” further south, just the fact that there were few really warm days this year has made summer seem almost non-existent – even though I managed to get a sun – or maybe wind – tan again this year! 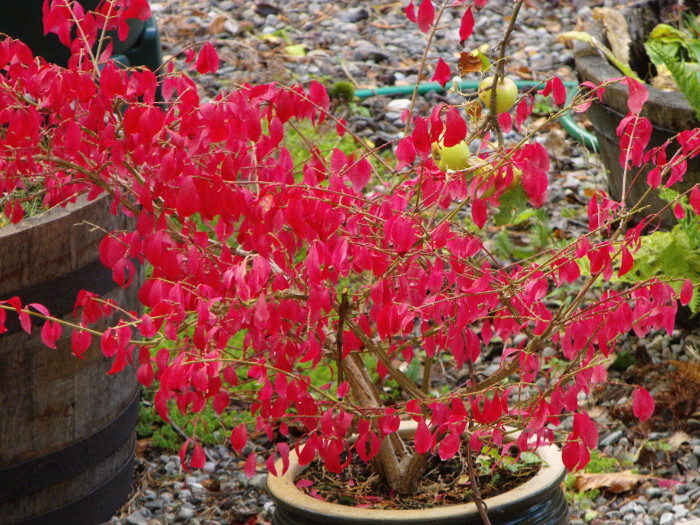 But what better way to spend an early autumn Sunday than on a foray for fungus in our local community wood – Culag Wood. Here a quick slip into a bit of explanation of the Gaelic name – something which you may have guessed by now that I rather enjoy doing! Most people think that the word “culag” means “fly” (as in the insect) in Gaelic – but the word for a fly is spelt differently and therefore its pronunciation is slightly different. The word for fly is “cuileag” and the additions of the letters “i” and “e” surrounding the “l” slenderise it. This means that to make the “l” sound in cuileag, you point the tip of your your tongue up behind your teeth, whereas to make the broader “l” of culag, you spread your tongue out between your front teeth – to the experienced ear it is a quite different sound. Thus it is that the name for our woods – as far as I can find out using Dwelly’s indispensable dictionary – doesn’t mean “fly” but “a slice” or a “collop” – which I would imagine refers, as is often the case in Gaelic names in the landscape, to the way the land lies. When I think of the general shape of the woods, I suppose the word “collop” could come to mind…

This was the last of the Field Club‘s summer meetings out and about in the countryside. We also finished last summer with a fungus foray when Professor Bruce Ing, our local fungus man who also happens to be one of the country’s foremost experts on the subject, led 35 of us along the narrow wooded path which runs along the River Inver, but this year there were just 13 who met in the Woodside car park – thus making life a lot easier for Bruce! We set off towards the kissing gate which leads into the wood, and had got just that far in about half an hour!! Our first find was a jelly fungus on a birch twig – the brown sort, and evidently had it been black, it would have been the “witches’ butter” fungus, which would have been rather fun! We struggled on manfully, getting at least another 30 yards before a rather sharp shower pushed us on down the path to find shelter under the trees 🙂 On a day for which the forecast hadn’t been so good, we didn’t do at all badly for weather and this was the only troublesome shower we had in the four or five hours we spent in the wood. The plan was to go up as far as the viewpoint – where the trail climbs to the top of the hill and there are good views over Suilven and Canisp in one direction, and out over the bay in the other. It was going to be slow going however, there were an awful lot of specimens to find, pick and discuss. We had a wee boy of coming up five amongst us, and he was one of the best finders of mushrooms – probably because he was closest to the ground!! 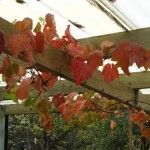 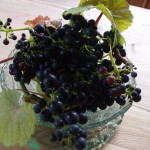 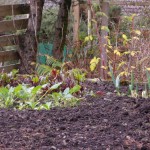 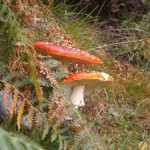 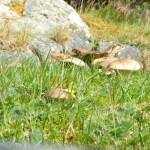 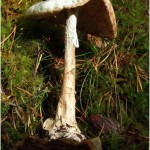 Having gone about half a mile into the woods, it was now time for a wee bite of lunch – and we had just got to a part of the wood which had been cleared not so long ago, thus creating a perfect sylvan glade where we could each find a convenient tree stump to sit on and as the sun was shining just at the right time, it made for a very pleasant picnic place – the only drawback being that we were rather spread out and therefore had to shout at each other!! Bruce’s basket was filling up with specimens – although the biggest of them all was one which I had brought with me from our grounds, and had been left in the car. Bruce wasn’t sure what it was, and I am now waiting to hear with interest – it would be rather good to find out that we have something rare growing on our bank! He has also identified a patch of mushrooms growing on our drive as Wood Blewits – one of the tastiest mushrooms known to man – to which I can now testify as I had some that very evening! I also acquired a penny bun – a member of the cept family – which I very much enjoyed for lunch yesterday with onion and a white sauce. It makes these things taste even more delicious knowing that they would probably cost £20 a plate in a fancy restaurant somewhere, but instead I had picked these myself on an autumn Sunday in our local wood.

After lunch, we did manage to get along at a bit of a faster pace – Jan Snowdon was especially keen to get to the part of the wood where there are a few oaks and alder growing. Strange as it may seem, there were few notable examples of fungi growing in and around the oaks, but just before getting there we found a patch of something which sent a ripple of excitement running through us – the rather pretty but highly deadly Destroying Angel! They really are a quite distinctive mushroom – very starkly white in colour and somehow looking like an angel – and not one which I would now mistake for anything else! We had found Deceivers which in spite of their name are quite harmless, and False Chantarelles – which would disappoint if you picked them mistaking them for the real thing, but which wouldn’t kill you – but if you were stupid enough to try these Angels without knowing what they were, you really wouldn’t live beyond a few more days! As a lover of mushrooms, that thought does rather make my blood run cold… The real rule of thumb when mushroom hunting in the woods, is to do it with an expert like Bruce 🙂 We did in the end make it as far as the View Point, where we all squashed up on the bench up there, and where we saw the rather rare autumn flowering gorse in all its yellow glory. Bruce reckoned we had found 100 species of fungus in our foray – and it was a good and fitting end to the Field Club summer season. (In addition to the photos in this post, you may want to see some of last year’s mushrooms here.)

I now have a bit of a disaster to report – my camera has broken!! We won’t be able to take it to a repair shop until the end of the month, so all I can do between now and then is use archive pictures. The real shame about this is that the Assynt Festival starts this week, but I will only be able to report on it through the medium of text – which is a great disappointment to me. I might be able to glean a few photographs taken at the time by other people – for instance, Pam has promised me a pic of a Destroying Angel which will be added to this post as soon as it arrives here. I will do my best and hope to have my camera back soonest… 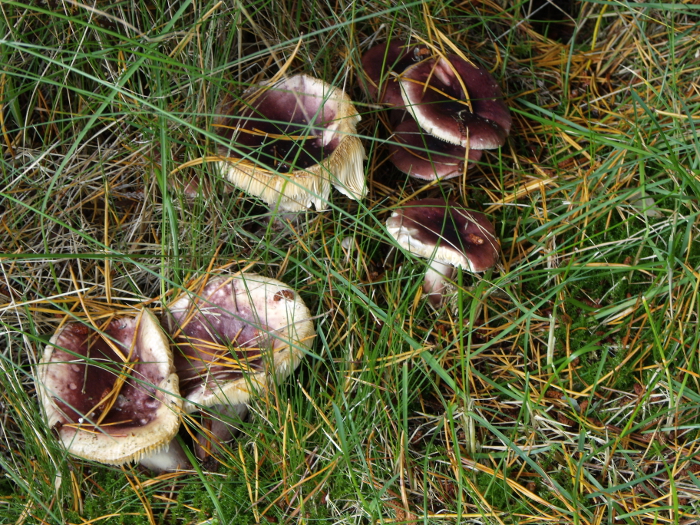 [Photo of Destroying angel by Pamela Mackenzie; all the others by Clarinda]

This entry was posted in Field Club, Nature, Plants and tagged mushrooms. Bookmark the permalink.