Some musings on Gaelic place names

On Wednesday the 1st of May, Chris and I stravaiged over the Diridh to Inverness as I had an appointment with the dentist. It was a bit overcast when we left but it cleared into a gorgeous spring day with some sunshine, no rain and the temperature rose to a dizzy 15º in the city! Until yesterday, that was certainly the warmest we’d had it this year. Next day as I drove home from the afternoon Gaelic session, it was 2º and sleeting!

I had remembered to take my camera with me that Wednesday, and took quite a few pics as it was a day perfect for photography. Sometimes, I just pointed the camera through the car window and got some quite reasonable shots, surprisingly! Chris actually cleaned the windscreen for me:-) 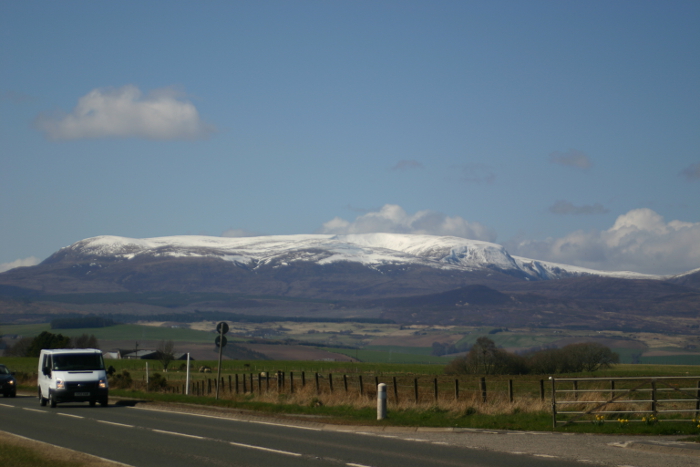 This got me thinking about the names attached to the places we passed. A few years ago, the Highland Council caused controversy in the area by replacing the road signs which now give both Gaelic and English versions of the names. Many people still consider this was stupid as the names on the maps are in English and it would just confuse some visitors, especially those from abroad who may not even know about Gaelic. My personal feeling was that it was fine to do it in principle, but they should have waited until the signs needed replacing anyway. But maybe they did…

One place name which I want to mention is Garve – Himself loves the wee Victorian railway station of which Garve boosts, being as it is on the line which runs between Inverness and Kyle of Lochalsh. The line runs through the most beautiful scenery, as I know from my own experience, and it must rank as one of the most scenic railway journeys there is! The Gaelic word garbh (pronounced garav) means “rough” and not a few people would have thought that it was some sort of geographical feature that gave rise to the name, not an unreasonable thought as it is true of many place names in the Highlands. However, they can now see on the new sign that the spelling in Gaelic is Gairbh with an “i” and that changes everything! (btw it is pronounced “gariv” as a wee “i” sound is put into the last group of consonants, for the same reason garbh is pronounced garav. This is a grammatical feature designed to make the pronunciation easier and has a fancy name, which I can never remember!)

I have looked in my dictionaries, both Dwelly and the older MacAlpine, but the word “gairbh” I have found not at all. I do know, however, that there was a Norman bloke who went by the name of de Garve and who was active in and around the area during the Middle Ages. In my tiny mind, I see a link between the English name of the place and this person, maybe he owned the area? There is probably someone out there who can tell me I’m wrong, but I think it is a nice idea:-) 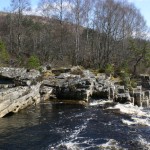 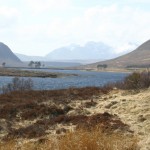 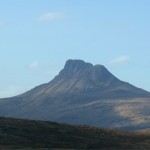 There is no doubt that the place names on the east side of the Highlands are less likely to be Gaelic. As it is much more fertile than the west and therefore a lot more desirable as a place in which to set yourself up, when the Anglo/Normans arrived in Scotland and spread their way north, it was on the east side that they settled. My maternal grandmother’s Gordon and Fraser relations were all based in and around Inverness, and there was never a one of them who had Gaelic as far as I know! I don’t doubt that there would have been Gaelic spoken amongst those folk who were there originally – much as there would have been Pictish spoken amongst those whom the Gaelic speakers moved in on in the days of King Kenneth MacAlpine. It is known that the Picts lived in numbers north of The Mounth and along the Moray Coast, and I think there is place-name evidence that they were here as well at one time. But in the same way as Pictish died out when the Gaels became dominant, so Gaelic dropped out of fashion when the Anglo/Normans arrived, although it is still spoken on the east coast of Sutherland. Of course, Gaelic remained strong on the west side, but the two rarely came across one another – except on those occasions when the Lord of the Isles sent men over to attack Inverness. A bit of Highland R&R you might say 🙂 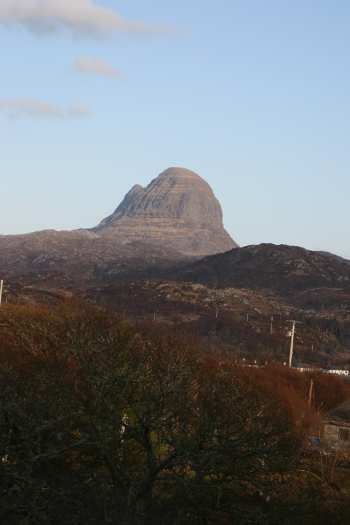 Recently, I came across the Gaelic name for Ben Wyves which dominates the view from the road as you near the Inverness area from the west. It is Beinn Uais, but again I haven’t been able to find a satisfactory explanation for this word. Uas in Gaelic is a cap worn when graduating from your educational establishment, or a silver coloured cap worn by a poet. Looking at Ben Wyves, I could possibly see a cap in the shape of the mountain, and especially on the 1st May when it was snow-capped, it could have been called silver, but my feeling is that this name is simply Wyves spelt in the Gaelic way. The letters “w” “v” and “y” don’t appear in the Gaelic alphabet which has only 18 letters (I have heard that that makes texting in Gaelic easier!) The combination of letters in the Gaelic spelling of Wyves gives a similar sound, so I think that this is a more likely explanation.

Then you get places with two completely different names such as Dingwall, which is Inbhir Pheofharain in Gaelic. This indicates the meeting of the River Peffery and the River Conan, which combined flow out into Cromarty Firth. The Gaelic word “inbhir” (inver) means the same as the Welsh word “aber” and is a meeting of waters and not, as some folk think, a river mouth, which is why you get places such as Inver Oykel and Inver Shin which are miles inland! The name Dingwall is of course Norse and refers to the fact that their “Thing” or parliament was held there when the Norsemen held sway over the area. Similarly Tain has a proper Gaelic name and that is Baile Dhubhthaich.

Of course there are some wholly Gaelic names in the area such as Culloden where the battle was fought. Cùl Lodair in Gaelic, “cùl” means behind, and I have found that “lodair” is a word for the private parts of the body! But it also means “flank” and I guess that refers to a feature in the landscape thereabouts. Cùl Lodair = the area behind the flank.

Looking in Dwelly’s dictionary for a bit of info for this blog post, I came across something a bit closer to home and that was to do with our iconic mountain, Suilven. This word is known to be Norse and means “table mountain” according to the sources, and indeed from the sea and our Brae it has that classic shape. But, and again here I quote Dwelly, it has a proper Gaelic name as well and that is Beinn Bhuidhe or Yellow Mountain. Well I never did!! I have to admit that whilst normally these descriptive Gaelic names generally tend to make sense, I personally have never seen yellow in the mountain even with the sun on it. However, the Gaelic word “buidhe” meaning yellow can also mean “lucky” – “duine buidhe” is a lucky man. So maybe that is it. Beinn Bhuidhe (pronounced vooya) – Lucky Mountain. Yup, I can live with that… 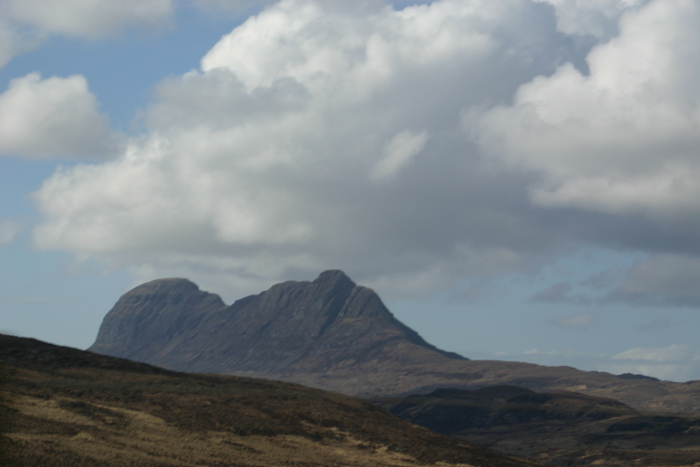 This entry was posted in Landscape and tagged Gaelic place names. Bookmark the permalink.

8 Responses to Some musings on Gaelic place names