Gaelic weekend with a view

I felt extremely privileged and honoured to be invited on to a two-day Gaelic immersion course which took place last weekend at the Eddrachillis Hotel, just a few miles north of here as the seagull flies but about three quarters of an hour by road. Glenda Cairncross – a charming person who is also a fellow learner of Gaelic and who works at the hotel – was responsible for setting up the course with the support of Bòrd na Ghàidhlig, I found out from Glenda that this time there were others going from this area – namely Janet and John from my own wee study group, and Claire – and in fact we were joined by Madeline on the Sunday. It was great to have others going from here – not only were we able to travel together – thus doing a wee bit to help save the planet – but also it is always good to turn up for things like this with friends. We met at Stoer Village Hall and John drove us on both days, refusing even to take anything for petrol – what a gentleman he is. We were all looking forward to the course and to being at the hotel, and what a wonderful experience it turned out to be… 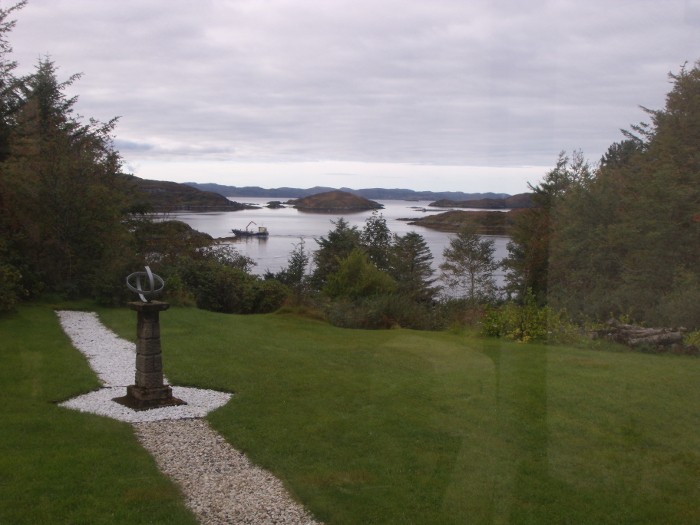 The Eddrachillis Hotel in situated in one of most pretty places you could possibly imagine. In an area which is mostly dramatic rocks, hills, mountains and moorland, this hotel nestles in a wooded area with its own most attractive garden and has superb views out over Badcall Bay. Glenda was saying that the building started life as the rather over-sized Manse attached to a small church – now a ruin I gather. Then it spent quite a few years as a home for retired nurses – lucky nurses to be able to retire to such a place!! It ceased as such in the early 1970s when in quite a dilapidated state, was bought and turned into a hotel which has grown over the years, with bits added and subtracted to turn it eventually into the attractive, comfortable, homely sort of place it is now – a place where the modernisation has not in any way detracted from the character of the old building. And the food is just wonderful – in fact Madeline, who eats there as often as she can find an excuse to do so, reckons it is the best place for quality and price in the area – an area which abounds in many good eating places. The hotel closes for the winter, but then the owners start the rounds of the Christmas bazaars selling comestibles such as Polish sausage – which is the best I have ever tasted and is made to a secret family recipe – smoked and fresh cheeses, fish, etc. I shall be looking forward to catching up with them at the Elphin Christmas Bazaar again this year!

The name Eddrachillis is, as is often the case round here, a corruption of the Gaelic – Eadar dà Chaolas which means “between two narrows”, the narrows in question being Kylesscu and Loch Laxford. It is the name given to the area which runs between these two long, narrow sea lochs and is the parish immediately north of Assynt. Badcall seemingly translates as the “place of the hazel” – “calltain” being the word we usually use for hazel, although Dwelly has the word “coll” – but as the other meaning of “call” would be “loss” or “devastation”, I for one prefer the hazel bit – although I don’t think hazels grow there any more, at least I didn’t see any! It consists of a couple of small townships, Upper and Lower Badcall, and I have a friend who stays there and I really must visit one day and enjoy her view 🙂 As you go on up the road you come a few miles further on to Scourie, and thence to Tarbet with its glorious scenery and the ferry to Handa Island. 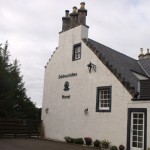 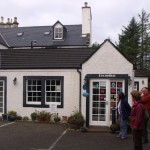 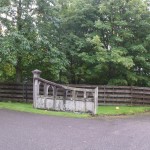 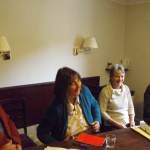 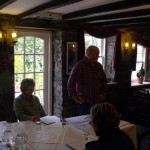 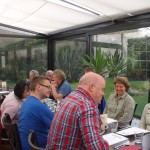 Going on from Stoer Hall, we took the wiggly, single-track road on through Drumbeg and Nedd, eventually joining the main road north just before Kylescu, and arriving at the hotel in good time for necessities such as coffee before the day kicked off. There were 11 students all told to be divided into two groups – “beginners” with Alastair MacLeod Strathnaver and “intermediate” with Alec Valtos. At the end of the day though, it transpired that there was only one real beginner and poor Alastair had to re-think his entire programme for the two days! Claire and I went in with Alec, and we were joined by two people whom I had met before at the Cli Gàighlig day in Kinlochbervie back in the spring, and one other whom I had not come across before. Again, Alec had to deal with a class where the students were at different levels but as always, managed to keep everyone interested and involved. On our way home on the Sunday, I started to realise just how much new material I had received and I know that I will need to study my notes with diligence!

This weekend was “all found”, i.e. not only tea and coffee, but lunch as well. We had expected something like soup and sandwiches, but were in for a treat! We were given our own menu with choices of two starters and two entrées, and also a choice of puds – basically a two course meal made up of whatever we fancied. I chose to have a main course and pud on the Saturday and starter and main course on the Sunday. My need for gluten-free did not prove in any way to be a problem, and the beef bourgignon I had on Saturday could have been sucked through a straw, it was that tender! As for the Pavelova that the menfolk tucked in to – well it was a dream on a plate if you ask me!

Alec, although he has lived most of his life in the beautiful Trotternish Peninsular on Skye and has travelled the length and breadth of Scotland in his teaching career, had never been to this part of the world before. He just couldn’t get over how stunningly beautiful it is in this our small, secret corner at the north-western-most tip of Europe. And as if to reinforce this, I got home on Saturday to find that I had missed a fleeting visit from friends of mine who stay on the shore of what I consider to be far and away the most beautiful bay in this world – Luskentyre in Harris. They had been visiting MacKay Country up on the north coast – Don Jon being of that name and family – but Chris told me that they too had been profuse in their praise of the scenery which surrounds us here. I was very upset at missing them as it is a few years now since we last met but at the same time, I so very much enjoyed this course that I wouldn’t really swap had I the time over again!!

On the way home, we were having a discussion about how venue can be so important when bringing in people for courses but out of necessity, most courses take place in community rooms or classrooms and round here especially, it can be a struggle to get enough folk in to make it worthwhile to hold the course. Sabhal Mòr Ostaig is a case in point because, although it is a modern college building, it is in a superb setting and people come from all over the world to attend courses there. Hopes are high now that this weekend could maybe become just the start of a whole series, and if they are all as good as this one was, I don’t think they will ever have any trouble pulling people in… 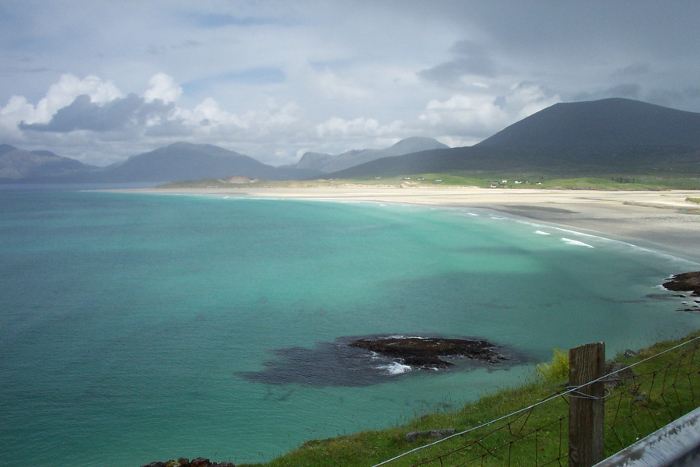 This entry was posted in Social events and tagged Gaelic learning. Bookmark the permalink.

One Response to Gaelic weekend with a view