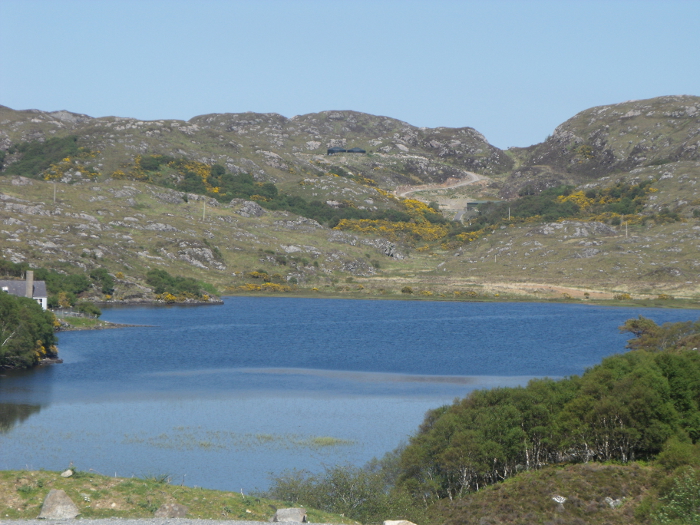 There actually doesn’t seem to be a lot going on locally just now. Well, maybe that isn’t wholly true, but now the schools have broken up for the summer holidays – or “tattie” holiday as it is known here because this was the time when the children used to be given a long holiday so that they could help with digging up the potatoes! Nowadays, that isn’t awfully relevant, but schools in the Highlands still break up a fortnight sooner than the schools in the rest of the UK – but worry not, they go back two weeks earlier too! When our two sons were young, I used to complain that as soon as the children broke up from school, all the shows and events we went to during June and July ceased, leaving me to keep them entertained as best I could! Of course, the idea really is that folk go away during the summer – but not everyone does…

So, anyway it is true to say that the only things really going on just now are things like sales for charity. Last Wednesday for instance, I dropped into a sale in aid of the Assynt Centre – which is our wee facility for the older members of our community. Gwen had asked me to bake something, and I had made a good plateful of brownies – all sliced and wrapped in clingfilm ready for sale. I couldn’t stop to help out however as I had a choir practice that evening, and when I arrived at the hall, the place was still being set up for the sale. I felt so pleased with myself with my plate of brownies, but the home-baking table was already well-stocked with cakes; “Taffa” Anderson and friend were organising the raffle table and there were quite a few other people preparing to man the stalls! Was I really contributing? Not really… I did stay long enough to help Gwen in setting up the tea area, and also showed a chap how to operate the meters for heating – something which I have to know for when the Dance Club meets in the hall during the winter, but not something you would expect to need to know in the middle of July!!

When I came through the village on the way home at about 8.15 there were still cars parked outside the hall, so it looks as though the sale went well but a long evening for the volunteers… The village was buzzing in fact partly for that and also because the Screen Machine was “in town”! That is another thing which relies on volunteers because the chap comes on his own and the “usherette” – needed no doubt for health and safety reasons – is also a volunteer from whichever community the Screen Machine is visiting – however, she doesn’t do ice creams 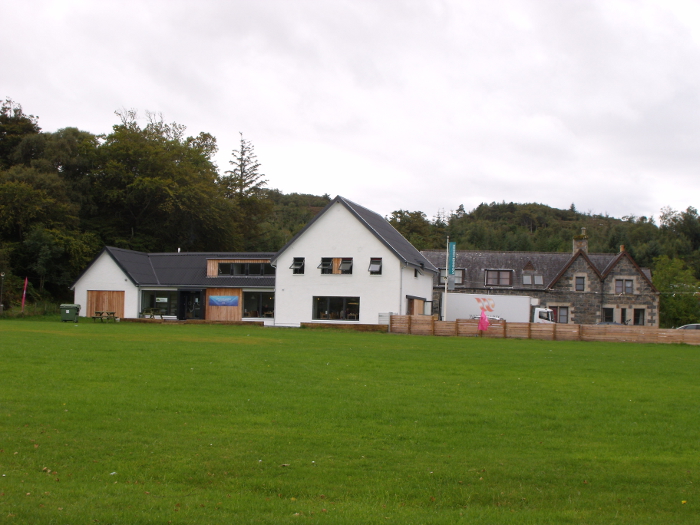 I know I have mentioned this before on this site, but it is true that this place really wouldn’t function without the armies of volunteers! In a small community such as ours, it tends to be the “usual suspects” that are on most of the committees. People have different reasons for wanting to be part of the various organisations. It makes absolute sense for Leigh for instance to be a member of the Life Guard team given that she spends half her life up at Stoer Head overlooking the sea! I guess that sometimes it would be true to say that some people might be a bit “power hungry”, and join committees where they think they can exercise a bit of control, or maybe they want their voice to be heard on whatever issue, but really none of that matters. What matters is that their input into whatever committee or organisation to which they belong all helps to the running of this place. Maureen, for instance, was extremely grateful to the members of the volunteer Fire Brigade when her porch caught fire last week – thankfully the fire fighters were there in time to prevent the house from burning down! Where would Maureen have been if the fire engine had had to come from Ullapool or some such place?!

My Old Man is not a great one for committees – any more than I am! – but he did a five year stint as secretary to the Community Council. While in this capacity he and the then Chairman, Ron Evans, between them stopped the bean-counters in Edinburgh from taking away our ambulance. Chris and Ron were heavily backed by our MP, Lord Thurso, and our then MSP, Jamie Stone. Between them, they not only organised the retention of our ambulance but got us a rapid response vehicle as well! How good and how necessary was that!! Apart from the obvious need for a vehicle such as an ambulance to be based locally, it also employs six people and serves in Inverness when they are short. Without the volunteers who run the Community Council on our behalf, we could be without such essential services! 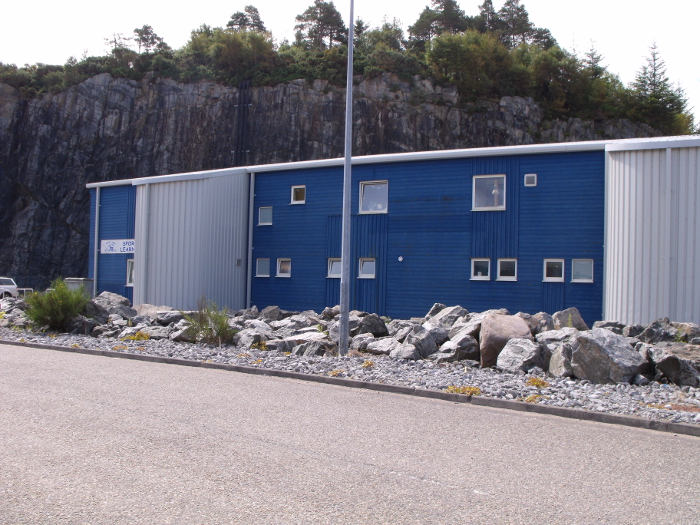 Chris was saying to me this morning over breakfast that there were a lot of visitors in the Leisure Centre yesterday – the weather wasn’t very good! He said that although they weren’t in the fitness suite where he was (and visitors do use that facility), there were people playing table tennis or bar football, having a cuppa in the wee, informal café or having a good look at the stuff in the second-hand shop – which is something used a lot while it is open during the summer by visitors and locals alike! He told me that there was also a group looking at the notice board and marvelling at all that is going on – from five-a -side indoor football, to the badminton club (which is very popular), spinning and aerobics classes to the senior session in the fitness suit. That’s without the bouncy castle that is there for the wee ones for much of the summer, and the various courses run by Assynt Leisure during the winter. The Leisure Centre does have professional staff which includes Kelly, the manager, and Derek who comes to run the spinning classes etc – well you do need properly trained people for things such as that! There is also Sharon who works there part-time to help with fund raising – which is of course an essential part of keeping the place going. The committee, however, is run by volunteers, as is Sunday opening.

Well, I could go on and on about this – I am constantly humbled by the work that so many people put in for the good of all the community!

So, there are some happenings locally still in spite of the time of year. I went to an evening of Gaelic song last week which was very well attended, including some holiday-makers – which was just as well as there was enough cake made to feed an army! But the choir has now stopped until the schools go back – which will give me ample opportunity to go and play Mah Jong at Lyn’s! It is a shame that they are on the same night – but when the choir is off (and sometimes when it is on), I go and have a good evening with the girls…