I had got a plan in mind for this week’s blog post, but something I read the other day in our local paper, the Assynt News, set a thought up in my head, so I decided to pop on my “Grumpy Old Woman” hat and enjoy a bit of spleen venting this week 🙂

This thought was to do with the word “incomer”. It refers of course to someone who has recently moved into an area – town or village – and my thought was to do with how long it can be before this person is allowed by others to call that place “home”. Of course, this depends a lot on the people who have moved in and those who are already there! For instance, my in-laws lived in a Surrey village for over 40 years, but always reckoned that they were still looked on as “incomers” – but apart from using the local shops from time to time, they really didn’t take their place in the local community, being happy just to keep to themselves in their own wee enclave. Most of the other folk in the village will have never even seen them! It is true to say, however, that in 1961 when they moved in, people were a lot more static than they are now and many of the “locals” would have been born there along with their ancestors going back generations, but I still maintain that had my in-laws made more of an effort to become part of the community, they would have lost the tag of incomer pretty quickly. I don’t think it worried them…:-) 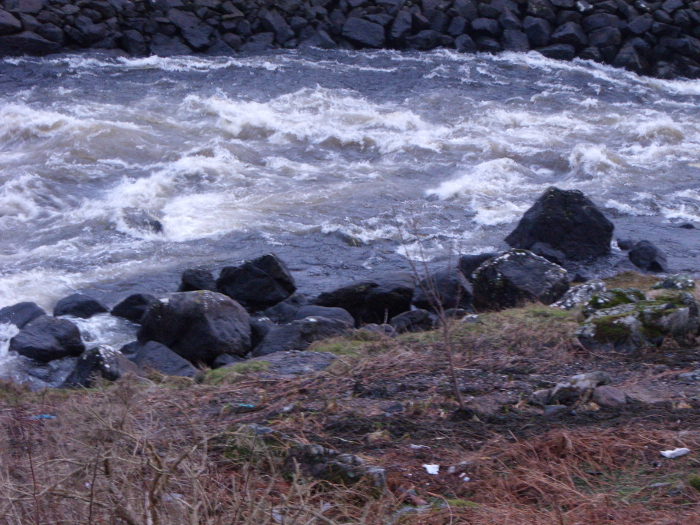 We all know it is true that there are the sort of “incomers” who arrive in a place and immediately start throwing their weight about. They are the ones who give all incomers a bit of a bad name and I have certainly come across them in my time! They are the sort of people who retire to a pretty village somewhere in the depths of the country and start to complain about the way of life that has been practised in the place since Adam was a lad – suddenly the old woman two doors along who has kept chickens in her back garden for years finds a Noise Nuisance Order arrive on her doormat, or the farmer is told that he shouldn’t be driving his tractor along the village street because the mud it leaves behind gets the incomer’s car dirty – that sort of thing… These are the sorts of people who really should retire to the neat and tidy environs of cities – suburbia in essence – but maybe can’t afford the house prices, or just love the idea of “country life” as portrayed by the tv or in films – the Rural Idyll – but finds that life, especially in a working countryside, can be noisy and mucky albeit beautiful on a lovely sunny day! Instead of trying to adjust their ideas and blend in with the way of life around them, these people try to change things to suit their idyll – and not infrequently succeed, often to the detriment of their neighbours! Where we were in Lincolnshire it was very much working agricultural country and the small village we moved into had a lot of families who had been there for generations – but looking back, it was other more recent arrivals who tried to make us feel unwelcome rather than the “natives”. I noticed this especially when I started to keep goats. Not all the locals were pleased to see them in their village – most of them simply worried about their gardens in the mistaken idea that “goats eat everything” – but they didn’t object either. The dark mutterings came from the newer residents and there were a few attempts to stop me from exercising my right to keep animals in the countryside – especially after they started building quite a few new houses and the dynamic of the village changed.

This place here in Assynt is somewhat different in that a) it is a tourist destination – albeit not in a very big way – and b) although it is very much a working community, it isn’t arable in any way – more pastoral and fishing. We have now lived here 10 years, but I felt at home from the first moment we arrived! There is something about this place that invokes a sense of belonging – but I have found that it is not the native born who see us as “incomers” but rather those who have lived here a long time but weren’t born here. I mentioned this to Gwen, who is Welsh, and she said that things were different when she came here the first time back in the 70s – then the population was smaller and almost certainly more made up of local people and at times she was made to feel very much an outsider – nowadays people are constantly on the shift and the ratios of incomers to locals has in consequence tipped towards the newer residents. Of course, it doesn’t matter how long you have lived here, if your accent isn’t Scottish, people will politely ask you if you are enjoying your holidays!! Mostly those asking are holiday-makers themselves because of course after a few years here, the local residents at least know your face, if not your name – assuming you have got out from behind your gate to become part of the local community. 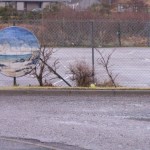 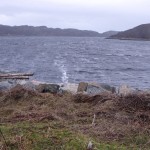 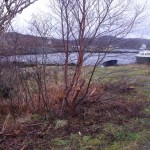 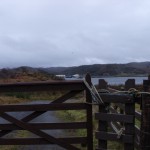 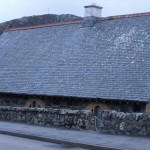 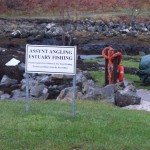 In thinking about this, I have tried to put myself into the shoes of someone who was born and raised here and whose family had been here for generations – but I have found that too difficult! Having never felt at home in the place where I was born and raised, I find I can’t make pretence to such feelings which I am sure are enjoyed by the native born who are connected in all ways to their place of birth. However, I can put myself in the place of those who are incomers but who have family connections to the area – wherever that may be. Sometimes when on the east coast in Gordon or Fraser country, I have a strong feeling of belonging because I know my maternal grandmother’s people came from round there, and I would be more than happy to relate this to anyone willing to listen!! And I know for sure that if my father’s second cousin twice removed had crofted in Assynt, I would want the world and his wife to know!! Of those who have no family connections here, we are unusual in that we had never been here on holiday before we moved – most people who come to live here have had quite a long history with the place already and I know for sure call it home in their hearts, because you have to love this place to want to live here in the first place and as we all know, “home” is where the heart lies.

So, at what stage can us incomers gain the right to call the place where they live “home”? My answer would be that it should be whenever they wish and that should be accepted by all the people they share that place with – whether the “incomers” have moved into a city street, a picturesque village or an island in the Mediterranean – so long as they themselves are prepared to love the place and accept and participate in the way of life which surrounds them.

Just before finishing, I wanted to air another “dirty” word – and that is the word “patronising”. It is a strange word because it can be used both in a good way and in an insulting way. Its true sense is of course the act of offering help and support – you “patronise” your local shop or post office to help and support it to remain operating and serving the community. But you can be accused of being “patronising” when offering help and support which is unwelcome, and my feeling is that this connotation is a very negative and bad use of an otherwise good word. Often the people who are accused of being “patronising” in that tone of voice are only trying to offer their help and support in their own way, and can be very hurt when this help is rejected in this fashion. I think that the reaction of someone who sticks their nose in the air and rudely refuses in this way an otherwise kindly meant offer of help or advice is just rank snobbery – and I can’t abide snobbery!

So there you have it – I have let off enough steam for now and will be back to a normal sort of Highland Diary post next week. This week’s pictures are a few taken in and around Lochinver on a winter’s afternoon and I think that this week, I will leave them to speak for themselves…

This entry was posted in Landscape, Local area and tagged incomers. Bookmark the permalink.