A visit to the Leisure Centre

These last few days, the weather has been pretty foul! Heavy rain from grey skies with just the occasional hint of sunshine, with a gale of wind and so chilly for the time of year! I feel sorry for the people who have come on holiday just now; it is not very pleasant even walking along the front, and the possibilities of hypothermia if you take to the hills without enough protective clothing would be quite high!

Himself was down at the Leisure Centre on Monday doing his regular twice weekly thing in the fitness suite. When he came back, he was telling me that a flock of visitors had come in just as he was leaving in the hopes of finding computers to use. We don’t have an internet café here, but there is a room full of computers in our Leisure Centre for people to use and a place to buy a cuppa and a snack, so I reckon these visitors would have found what they were looking for. 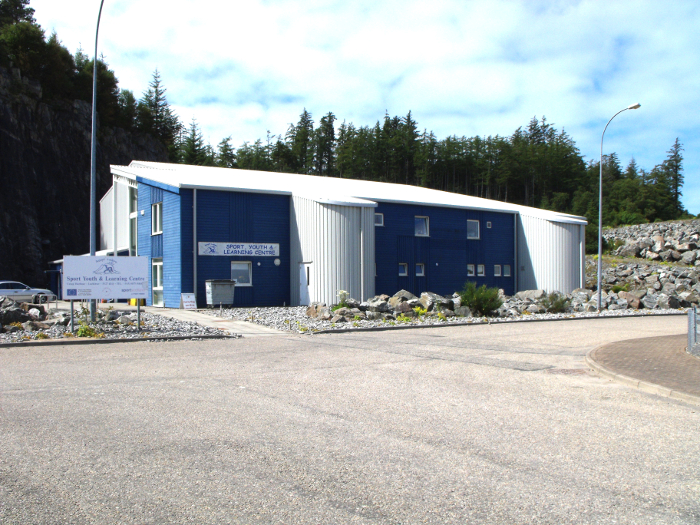 This set me thinking yet again about the importance to the area of our Leisure Centre. It does far more than just provide a place to work out, and is for the most part well-used by locals and visitors alike. It is important too for the fishermen who come off the big trawlers. They come from many parts of the world and are away from their homes and families for months if not years at a time, so they come into the Centre to use the computers to talk to their families via skype, or maybe just to relax with a computer game or a game of snooker or bar football. That must be something very important for them when they are otherwise at sea for weeks at a time! These boats provide a vital strand of income for Lochinver, and it is very important for us to welcome the fishermen and provide good services for them.

They also use the second-hand shop. This is a bit tucked away in a corner, where it looks very cosy, but quite a few folk I have spoken to reckon it would be better if it were more prominently displayed, maybe in a position where wares could be draped over the banister. Whatever its position, though, it is a magnet for many people who come in for whatever reason. They arrive deliberately early for events so they can visit the shop, or stay a bit longer afterwards and buy a cuppa while they browse. The shop is of course manned by volunteers, one of whom is my friend and fellow Gaelic student, Morgana, who feels a bit lost during the winter when the shop is closed and she has no need to be in the Leisure Centre 🙂 She comes in with her knitting to do in quiet times, and that in itself adds an interest for people who come in. She is a wonderful knitter, and knitting is a traditional skill, especially in the Highlands, which is enjoying something of a revival, or so I understand.

Of course there is the sporting aspect of the Leisure Centre. The fitness suite is literally a lifesaver for some people who have had health problems and need to exercise – they would otherwise have to do the 70 mile round trip to Ullapool, which would probably mean they wouldn’t go often enough, especially with the price of fuel being as high as it is. The suite is also used not infrequently by visitors to the area on days when the weather is too poor to make being out and about a pleasure, and one of the nice things about this part of the world is that, although locking lockers are provided for those who want them, no-one who lives locally ever really bothers with them – there is just no need! The fitness suite is not big, but well enough equipped to satisfy the most enthusiastic of folk, but there is also a “seniors” session once a week for the older folk to keep fit. I frequently think I should join that group:-)

Then there is the big gymnasium. This is used an awful lot. When I go down on a Thursday afternoon for our regular weekly Gaelic session, there are usually children running around, letting off steam after school while waiting for the badminton club to start. Kelly, the manager, has a “tuck shop” for them to keep them happy, even if it doesn’t do much for their teeth! The badminton sessions are very popular for adults as well as children, and there are often private games going on as well, often when I pop into the Centre there is a game going on in the gym.

On the other end of the age scale, there is a regular bouncy castle set up in the gym for the tots to enjoy, while their parents and carers have a well-earned break and a chat while keeping a watchful eye on their charges. 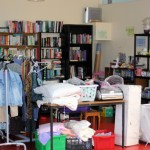 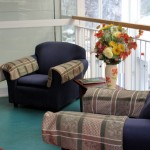 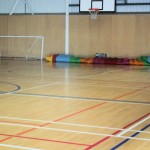 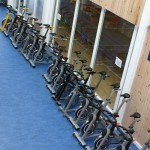 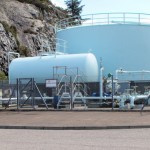 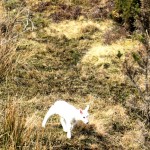 During the winter, there are also separate Ladies and Gentlemen’s bowling clubs. The other day, I was watching the bowling carpets being lovingly stored away for the summer. They are kept rolled up around sturdy frames, and in the winter are stored in the equipment cupboards in the gym, but in summer are protected by rubber mats and big overall covers and stowed in the big storage units behind the gym, where they will be safe until the clubs get going again next Back End.

The gym is also used for “spinning” classes, those sessions for the Totally Mad who ride hell-for-leather on a static bike, under the watchful eye of Derek, the resident trainer, who rides along with them. I did try that once or twice, but it near crippled me!! There is also circuit training for hard men and “spin and tone” which is more for the women, zumba sessions and of course our lovely “Fit for Change” on a Friday morning.

This is definitely an “all-abilities” session as it consists of a circuit of exercise stations where we spend a minute either with an aerobic exercise such as the “shuttle walk or run” or the mini-trampoline, or exercises with weights or on a mat, all of which can be practised at whatever pace suits the individual. Originally, this was designed and taken by our physiotherapist, also a nurse from the surgery came along with the scales and a tape measure and we were weighed and measured. Then the funding ran out for that, but we were undeterred and Kelly, having taken some training from Paul, took over the sessions. This is a firm fixture on my weekly calender, even though I don’t otherwise get to the gym much. 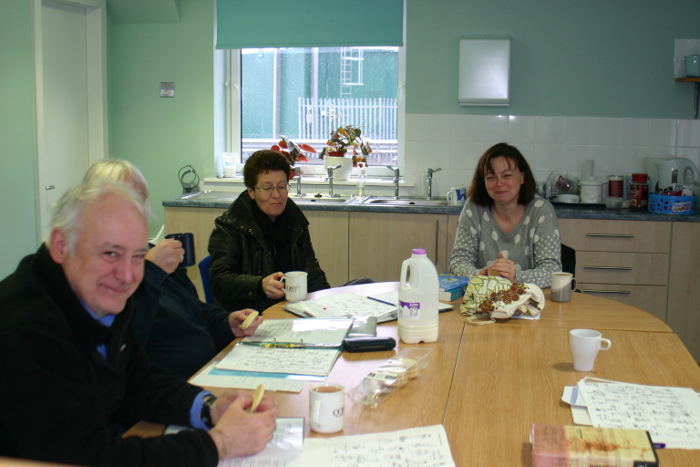 Then there is the educational side of things. Just now we have an art course, the Gaelic group and a course for photography for people with special needs going on, which we mentioned recently. There is a proper classroom in the Centre which is equipped with a large computer screen and laptops, and also a white board/flip chart, i.e. everything anyone might need to hold courses in there. And not only courses, but exams too! If anyone is taking a distance learning course with the Highlands and Islands University, their examinations take place in this wee classroom under the eye of a volunteer adjudicator, frequently my friend, Janet Morgan.

Funding for courses is raised by the hard-working team of Sharon and Sandra, who also raise the funding for the Ùlpan classes, one of which actually happens in Stoer Hall but comes under the umbrella of Assynt Leisure, which is based in a wee office in the Leisure Centre. Sharon and Sandra have been very busy this winter and we have had lots of courses on all sorts of different subjects – enough to keep a lot of people busy and active over the winter. Now that season is running down as folk get busy looking after visitors (personal or otherwise) and getting out into their gardens. At least, we would if the weather would just buck itself up 🙂

All this takes money of course, and sometimes there is a real worry that we could lose this vital facility in these tough economic times. One can understand the Highland Council not especially wanting to spend money on a Centre in such a remote part of the country where it serves a pretty small population, but there is more to life then “bean-counting” (or at least there certainly should be!) and there is no doubt that Leisure Centres like this are a vital part of any community. The community here raised £400,000 for this place to be built not so many years ago, and it would be a disaster if we were to lose it. But let’s not think about such things!! The powers-that-be profess to be dedicated to improving the health and well-being of us who live in the Highlands, so why would they even consider closing a facility that provides so well for both these things…?

This entry was posted in Local area, Social events and tagged Leisure Centre. Bookmark the permalink.