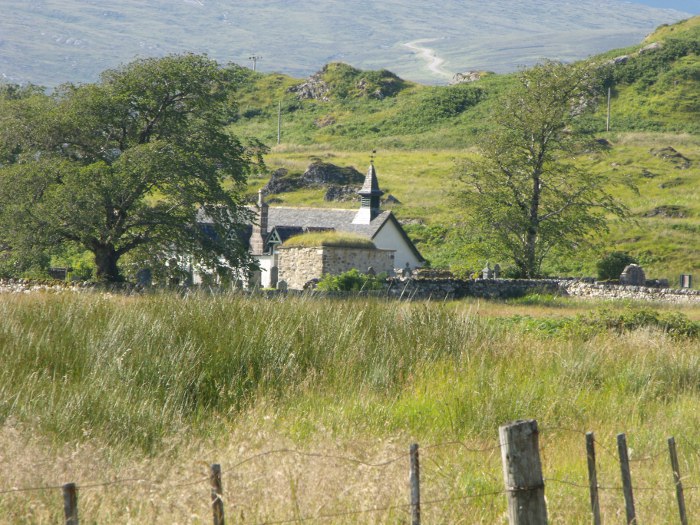 The annual midsummer celebration in Inchnadamph was held on 25th June this year; it is always held in the evening of the nearest possible Saturday to the longest day.

It takes the form of a concert in the old Kirk in Inchnadamph, followed by a barbeque and cèilidh held at Inchnadamph Lodge and Field Centre. We were lucky this year as the weather held for us, although it wasn’t all that warm, and there was enough of a breeze to keep us relatively midgie free.

The concert is always very entertaining. The performers are all local people – yours truly included – and although the acts are never planned per se, they always seem to come together with a good variety of styles of music. Helen Morrison, who lives just by the church, organises the whole thing and brings us all together.

The main attraction is normally Annella, who combines her croft and her job as a bus driver with Country and Western music. She also looks brilliant in rhinestones! She has just the right voice for her favourite type of music – i.e. C&W – and has the “hiccup” off to perfection! This year she opened the show with a song by Johnnie Cash, going on to sing one or two others. She then had to rush off to keep an engagement singing at a wedding in Inverness, after which she was headed to Ireland to sing at a Country and Western convention! Busy lady… And very much in demand.

I am afraid that I don’t care an awful lot for Country and Western music; I like some of it, but am more inclined towards Blue Grass. Still, C&W is very popular round here.

After Annella had sung her couple of songs and rushed out the door, there followed a programme which was, as usual, very varied: from a local lass singing her own compositions in the popular style and accompanying herself on the guitar (I’ve certainly heard worse) to young Nuala, the daughter of our choir leader, who is 4 and gave us the song with which she won the gold medal in her class at the Sutherland Mòd – with a little help from her mum, who also treated us to a traditional Gaelic song.

There is so much young talent around here: so many young people play music, often playing the box (as the accordion is called here, using the Gaelic word) or the pipes, big and small. Many also play the guitar. We were treated to some rock-style music from a group of young men from Ullapool (who go by the name of Pineapple Tuxedo, and very good they are too), Maisie on the fiddle and singing (again in Gaelic) and Eilidh playing the big pipes with Sandy. There were grown ups who sang and played too.

As for myself, I sang a Gaelic lament with Sandy playing the small pipes. We had been practising for weeks, especially as this was my début singing without the choir – although I would hardly call it a solo, as the pipes were there to give me confidence! 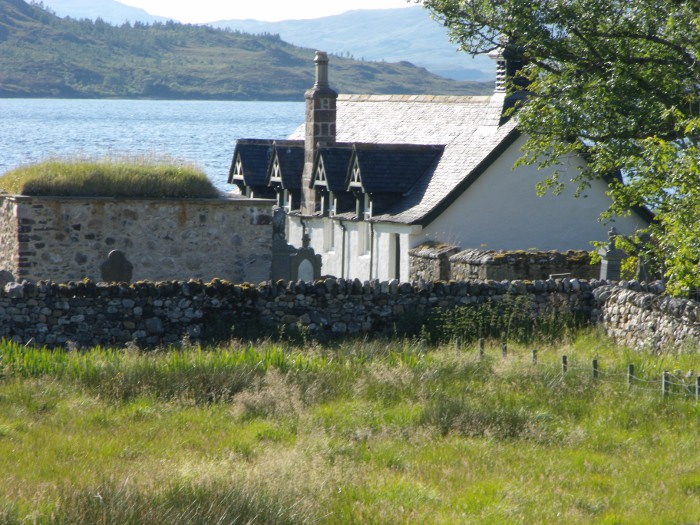 The Kirk in Inchnadamph is a lovely wee building. It has had something of a chequered history I gather, and more than once has been on the verge of falling down!  A few years ago it was rescued yet again – this time by Historic Assynt, who with the help of Government money and local fundraising has seen the building restored to something of its former glory. It is no longer a place of worship, but has that feeling of peace surrounding it that comes with churches. Inside, it is laid out with murals telling its story and other interesting bits and pieces. But you can see for yourself! The Kirk is open to the public on Tuesdays and Thursdays, manned of course by volunteers. As well as being something of an attraction to visitors, it also has the important function of being a place where the community can come together. 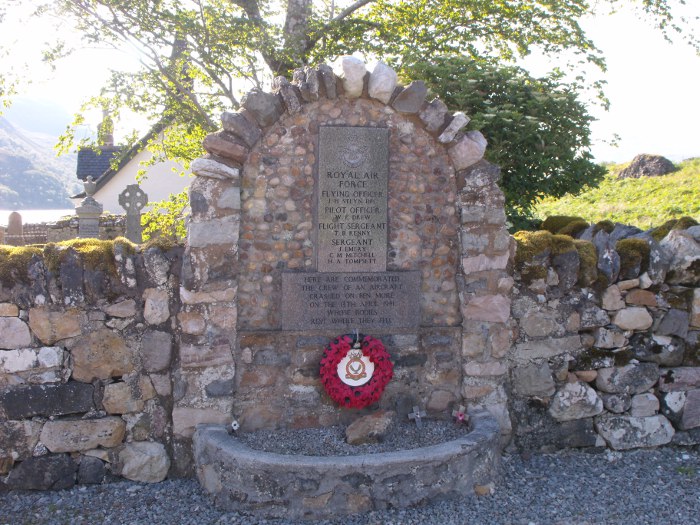 This year’s summer celebration was dedicated to Ted Mathieson, who was a popular figure locally and who was involved with the Kirk. Ted had sadly died from cancer –  before his time – a few weeks previously.

After the concert, we all retired to the Lodge, where there were excellent burgers and sausages with all the trimmings, and a very good cup of Pimms, also with all the trimmings! I left before the cèilidh got started properly as I had a long day ahead of me (packing ready to head south on holiday), but I imagine that it went on until about 2.00 am as these things are inclined to do… 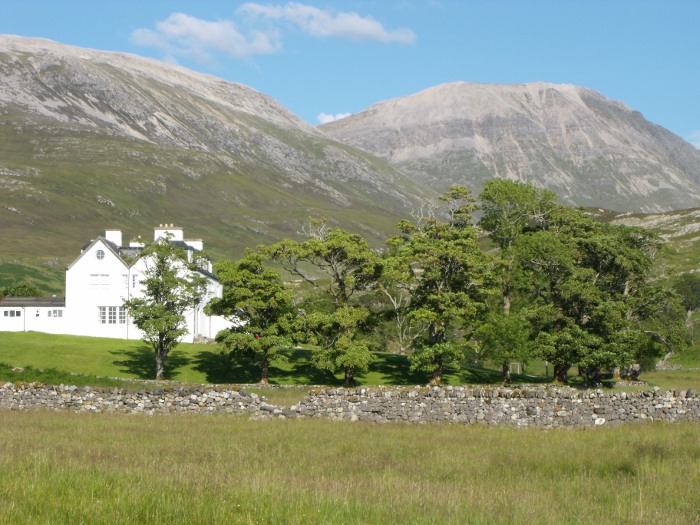 This entry was posted in Social events and tagged Inchnadamph, Kirk, local performers. Bookmark the permalink.