Well – it may still seem to be the middle of winter, but Easter is almost here and Assynt is getting ready for its “change over” into summer mode. There is a real feeling of busy-ness in the air as some things get geared up for the summer and others are enjoying a final fling before taking a summer break.

There has been a flurry of events – for instance an afternoon tea at the Assynt Centre raised an excellent £341 towards their various projects. I went to that armed with some “Blondies” – the recipe for which I gleaned from the Radio Times and which has proved popular with all who have tried them – including and especially Himself. There was a huge spread of baking and preserves for sale and tea, coffee, biscuits and cakes were included in the £2 entrance fee. The raffle had some excellent prizes – especially boxes of chocolates for some reason which will I’m sure come in very handy for Easter for those whose number came up – unfortunately I wasn’t one of them, but I rarely am! All in all, it was a well attended event and a very pleasant way to spend a chilly afternoon. 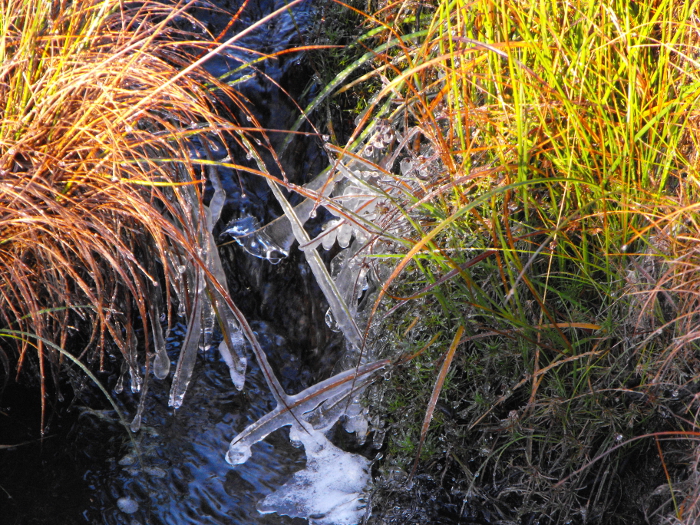 And speaking of fund raising, a local lad ran from Lochinver to Achmelvic in aid of Comic Relief and raised a good sum for that worthy cause. It may be a small community here, but there is no doubt that it is a generous one when it comes to supporting good causes!

One thing that stops for the summer is our Dance Club – we had our last get together in the Village Hall on Monday of this week, and will be going down the road to Ullapool next Monday for a Dance Party and a wild finish to our dancing season. The Ullapool Dance Club always do us proud with a good spread of eats, and those of us who can go are very much looking forward to it. It has become a tradition between these two very informally run clubs that we get together twice in the season – before Christmas and before stopping around Easter Time – and I for one hope this tradition will go on for years to come. Each club tries to present a new dance each time – for this Party we practised The Duke of Atholl’s Reel which is a simple fun dance and has a lively, happy sort of tune. A piping tune in fact, but of course many piping tunes are also dance tunes! They also have a connection to the Gaelic Port-à-Beul or Mouth Music (literally, a tune out of a mouth) – many a dance tune was kept alive when pipes were banned after the Battle of Culloden in the mid-18th century by putting daft words to fit the tunes. On Monday, Wilma started humming the tune to the dance Moneymusk – named after a village near to where she was born and brought up in Aberdeenshire. We had been dancing the dance, but have never had the right tune! When Wilma started humming it, I recognised it immediately as a piece we had learned in the choir, but I know it as “A Mhic Iain Bhàin an òl thu càl”. This song is asking the Son of Fair John whether or not he eats or drinks cabbage because we have no broiled potatoes!! The words to Port-à-Beul songs are just meaningless nonsense and are great fun 🙂 I am sure that they were always seen as such, albeit that they served quite a serious purpose at one time. 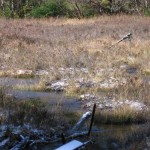 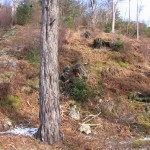 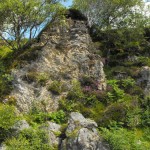 The Field Club’s winter programme of indoor meetings go on until April – which sometimes of course coincides with Easter, but this year does not as Easter is pretty early this year. After the last winter meeting, the summer events take over and we are out and about on a Sunday – usually once a month – to see what there is to be seen in the rich natural world we enjoy round here. Another event which has become an annual one is the Bird Race around the Stoer Peninsular and which seems to gain in popularity year on year – although I am sure that depends in great part upon the weather! Last year, we had a glorious day for it and a very good turn out. What will happen this year remains to be seen – but I will be reporting on it, you may be sure 🙂

Another group of people very busy just now is the group which runs the tree nursery at Little Assynt Field. Last Thursday, they and a small group of hardy volunteers were planting a shelter belt of trees around the field, and last Monday, Romany, who is an assistant on the project, was hoping to join us for our spinning afternoon, but was unable to because of a visit to the tree nursery of some people who have special needs. She has kindly agreed to do a guest spot on this blog site to tell all about the various activities going on around the nursery which I hope will be posted in the next few weeks.

So, as some things wind down as summer approaches, others start up again and the monthly craft markets in the Village Hall here in Lochinver will be in full swing again soon. Helen Lockhart – who has her own business called Ripplecrafts whereby she designs and hand-dyes knitting yarn for sale – is the prime mover in these markets, and I saw a notice from her in the Assynt News getting things organised in that direction.

Of course, the main push in the summer is looking after the folk who come here on holiday. Already we have a few hardy souls staying in some of the holiday lets which are open all year, and Easter is normally a fairly busy time. Things then quieten down again for a few weeks until the better weather arrives (one hopes!) in May – but those whose job it is to do the “change overs” for the holiday cottages or open their homes for people who prefer bed and breakfast are now preparing for what everyone hopes will be a busy summer season here in our most beautiful far-flung corner of the world…

As these are just ramblings today, I leave you with some “mood” pictures taken around Assynt. I shan’t caption them this time – just leave you to enjoy them and draw your own conclusions about them 🙂 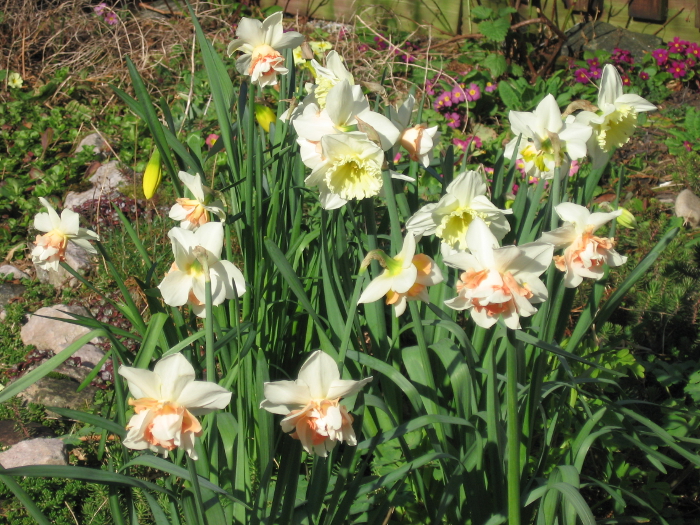 This entry was posted in Social events and tagged Dance Club, fundraising. Bookmark the permalink.