On the 20th November, the choir was asked to sing a few Gaelic songs for the residents of Mo Dhaghaidh (the care home in Ullapool) and their guests to celebrate St. Andrew’s Day – St. Andrew being the patron saint of Scotland as I’m sure you already know. One of the very good things about being a member of the choir is getting the opportunity to do things such as this for the community at large. Not only is the choir more than ready to turn out for such events, we always enjoy them and it brings us closer together as a group.

Mo Dhaghaidh – or My Home in English – is a fairly modern building which is exceptionally well appointed, with a small but comfortable sitting room and large dining room. It is all very nicely decorated with wood and glass doors and big windows making the place very light and airy. The members of staff are lovely and include two of our choir members – Pauline who is a soprano and our wonderful bass, Piotr, who is one of the nurses there and not surprisingly is very popular with the lady residents! I would say that about a dozen people live there, all of whom are in need of nursing care – there is also Lochbroom House in Ullapool which caters for those elderly people who are more mobile but unable to live alone. Mo Dhaghaidh is of course the sort of place which you hope you will never need!!

The St. Andrew’s Day party was great! We opened with two songs – one a Port-a-beul or mouth music, which is basically nonsense words set to dance tunes, and Eilean Mo Ghaoil – a lovely and popular song about someone’s love of the Isle of Lewis, which we sang by special request. Following us came two wee lassies all kitted out in highland dress who danced a couple of Highland Flings to the sound of the pipes – at this point I wished I had brought my camera! Our choir leader’s wee daughter, Nuala, who is 4, sang us her party piece which won her a silver medal in her class at the Mòd this year. Then more dancers took the floor – this time older girls. It is a shame that we never seem to see men dancing the Highland Fling any more; it is always girls in kilts, Argyle stockings, and waistcoats – not that they don’t look as smart as a man would in that kit ’cos they do, and they certainly do the dances with strength and energy. It was lovely to see the two younger girls dancing, because of course they are the next generation to carry on the tradition…

Pauline’s son, Norman or Norrie as he is called, was the young man playing the pipes. He also gave us a couple of sets – i.e. two or three tunes played together make a set – piping tunes tend not to be very long. He is a first class piper as was his father and grandfather before him. His father sadly died earlier this year, but would I’m sure be very proud of his son who has just been offered a place at the Scottish Conservatoire. We have all watched Norrie grow and develop as a musician, and we are all delighted at the news. For one thing, it is always wonderful to hear of young people from this remote part of the world achieving in this way – evidently there were only five places at the Conservatoire this year with 15 applicants vying for them. Well done indeed Norrie – and I have to say that his pipes (a full set of big pipes) certainly made a magnificent sound in the small sitting room at Mo Dhaghaidh!

After the interval – tea, coffee, wine, soft drinks, pancakes, scones and little cakes suitably decorated with white and blue icing – Lisa, our choir leader, followed her daughter on to the floor and gave the audience a couple of lovely traditional Gaelic songs, and then we closed the concert with Hugaibh air Nighean Donn – a song about a lad yearning after a girl who had let him down (nothing changes!) and the perennial favourite, Sìne Bhan or Fair Jean. Of course, the party didn’t go on until late – I drove off home at just after 9 o’clock. There had been such a lovely atmosphere at the concert, one of genuine warmth and affection which permeated the proceedings, and the fact that all the performers wore tartan imbued the evening with a suitably festive air – and that was something much appreciated by the residents, a good few of whom are Gaelic speaking local people.

Our next engagement will be to sing for the Old Folk’s Christmas Dinner at the Royal Hotel in Ullapool, an event organised by the British Legion. This will include anyone over a certain age from the local community – and you know that more than one member of the choir would be entitled to join the dinner! Again, we will be part of a wider concert of music and singing. Chris, my husband who has just turned 66, will drive me down for that one as it starts much later, and driving down and back late on a winter’s evening is not my idea of fun – especially if it is icy – but not only that, there is a warm and comfortable bar where he can sit and read while we do our thing. That performance will round up the choir’s engagements for the year and we will go into the New Year full of enthusiasm for learning next year’s crop of new songs, giving more performances and taking part in more competitions. We are even hoping that we will have a few more male members – you never know your luck! 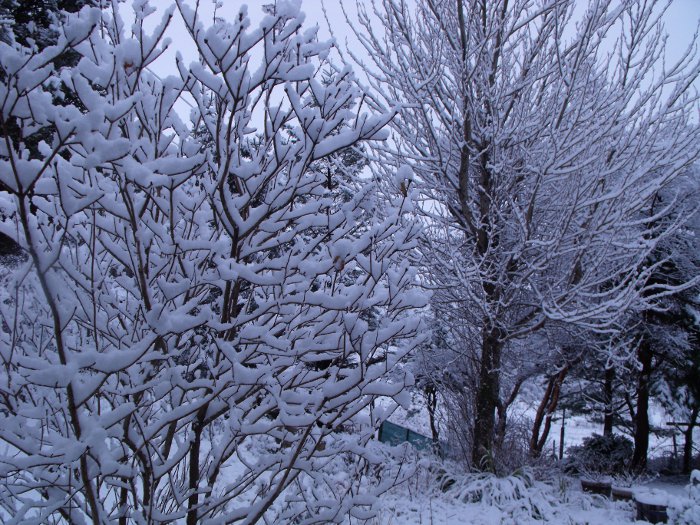 This last couple of days, winter has arrived suddenly bringing what the weather people call “significant snow fall”! We are not alone in that – I gather that most of the country and quite a good chunk of England has had their fair share of snow over the last couple of days. On Monday morning we woke up to a very pretty covering of the white stuff, and made the decision not to go anywhere, although in fact the roads were open and it was slowly thawing with a temperature of about +2. It was touch and go whether the Dance Club would have gone ahead as normal in the evening, but eventually discretion became the better part of valour and we all stayed at home in the warm. Next day things seemed easier – there had been no more snow and although the temperature was hovering around freezing point, the roads had been gritted and I decided to stick by the arrangements made and head up the coast road north. It was fine until Stoer where I stopped off for an hour or so for a bowl of soup and a chat in Gaelic with Claire, but then when I headed further up the road to Drumbeg, I was tempted to turn back! At one point, the car slipped and slithered around a bend and I noticed not for the first time how easy it would have been to plunge into the freezing loch just there – nothing but a narrow, snow covered bank between it and the road! That gave me pause for thought, I must say, and so although I got up to Drumbeg in safety, I decided to curtail my visit and headed home again as the sun was setting at quarter to three, although I did stay for half an hour and it was very good to see friends that I hadn’t seen for a while. However, I was glad I had taken that decision as it was below freezing when I got home. Still, this is supposed to be only a cold snap of short duration, and with any luck things will be back to our normal mix of wind and rain by the end of the week – and I am truly hoping that will remain the case until at least into the New Year so that the celebrations around Christmas time, which had to be cancelled last year, can go ahead without problems … 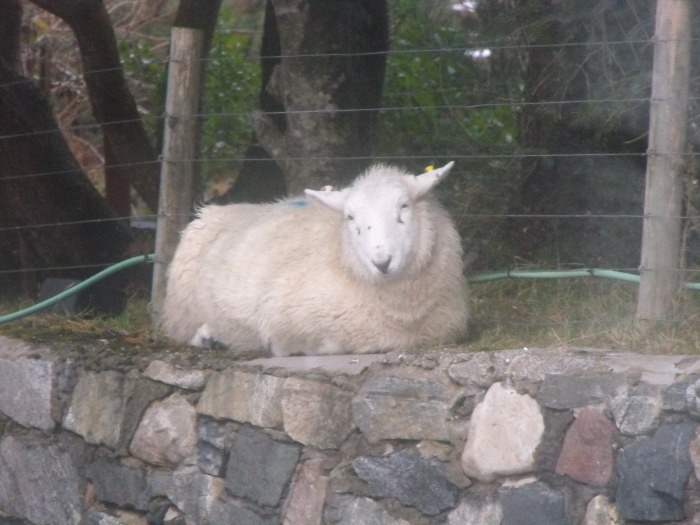 This entry was posted in Choir, Social events, The elements and tagged choir, Gaelic songs. Bookmark the permalink.