As I mentioned in my post on the Gaelic song day, the day after my visit to Abriachan couldn’t have been more different weather-wise if it had tried. The day dawned pretty bright and fair – all the low cloud and mist of the day before had disappeared completely and I drove over to Gwen’s optimistic of a good morning’s birding.

The group for the annual Bird Race gathered as always up at Stoer Hall. Unfortunately, and I don’t really understand why given that it was the first really nice day we’d had for a while, not very many people turned out. Maybe that was because the weather had been so rotten that folk assumed that this day would be no different and had made other plans. Andy, the ranger and chairman of the Field Club, normally would have been here for the race, but this year it coincided with an important football match – a local derby between Inverness Caledonian Thistle and Ross County – so he and his family had headed over to Dingwall instead of joining us, and maybe that was true of others as well. His place was taken by Pat and Ian Evans, joining us for the first time this year, so we were able to make up three teams to rush around the Stoer Peninsular identifying as many bird varieties as possible. 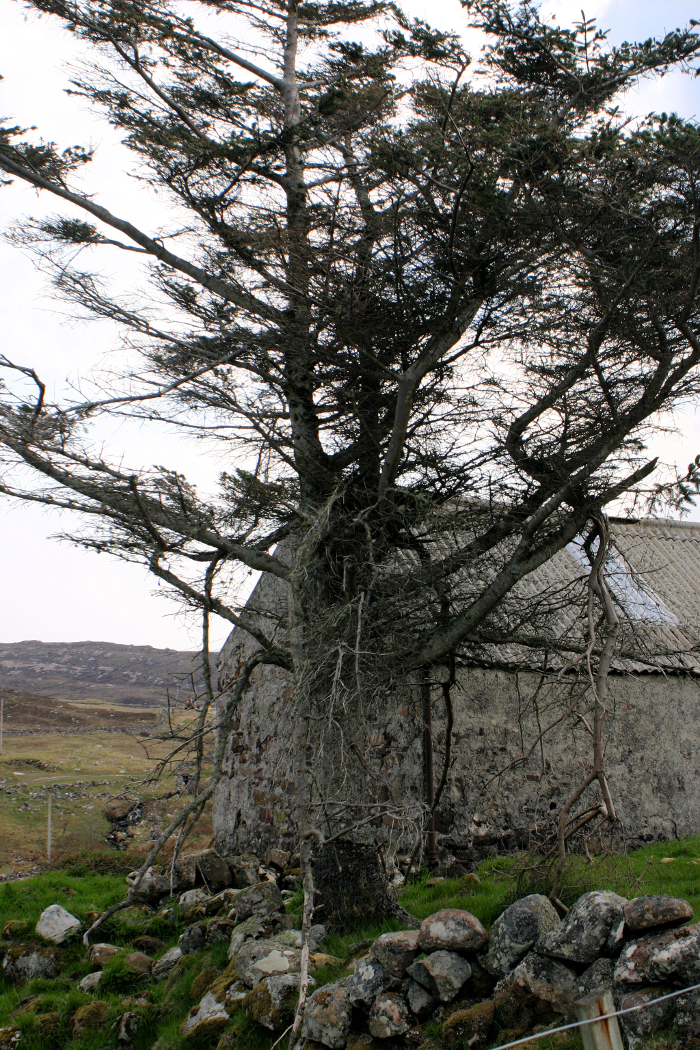 This year, the husband and wife team of David and Avril Haines decided to split up – David went with Sharon and Brenda and Avril came with Gwen, Storm and me – Storm being Gwen’s cocker spaniel who is always part of our team whatever we may be doing. Ian and Pat went on their own. Ian has an absolutely encyclopedic knowledge of plants, insects and small creatures, but he’s not so good on birds, thus giving others a chance to shine 🙂

Off we went, all of us trying hard to be in different places, but that is not easy when there is only basically one road with a limited number of suitable stopping places! Our team went around the township of Culkein Stoer which the others didn’t appear to do, although we all surveyed the beach there, and Brenda and Sharon visited their garden in Raffin, which we all consider to be cheating 🙂 However, they didn’t get any birds there after all!! Balchladdich beach was visited and we had a few sea birds there such as a gannet or two and a blackback gull which we thought was probably a lesser blackback, but they are quite uncommon here and we couldn’t see its legs which evidently would have clinched the identification, so we wrote it down as a Greater. If we had had the courage of our convictions, we would have won!

Culkein Bay yielded a reasonable number of species this year , last year it was very disappointing. It is a very good beach normally for small waders, and this year I, as record keeper, noted down ringed plover, common sandpiper, turnstones and what-have-you, but the most exciting bird there was a white wagtail – which unfortunately I failed to spot among the seaweed! It is always strange to note but many of the birds common to, say, here in Strathan, are very few and far between on the Stoer Penisular. We did see a blackbird and a chaffinch, greenfinches, swallows and of course heard a cook-coo, but none of those birds we see all the time on our feeders such as tits. There are always lots of wheat ears and meadow pippets and a skylark or two, and when we got together at the end of the race and did the count, we had between us seen 58 species of bird. Strangely though this year yielded no raptors. We normally see at least a buzzard… 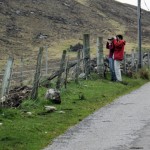 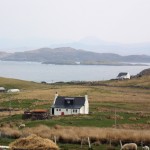 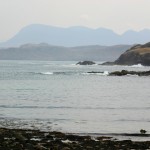 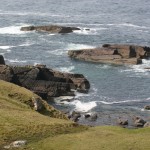 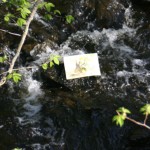 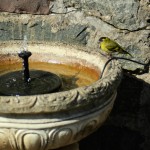 As the two hours were up, we met up at Stoer lighthouse where Leigh had once again offered us a 10% discount at her food van which is appropriately called “Living the Dream”. By then, the day had warmed up enough for us to sit around Leigh’s picnic bench to eat our lunch as we compared notes, watching the sea in the hopes of seeing a whale or basking shark, but this year the creatures were not co-operating! As I intimated above, the race was a draw – 49 each for the two teams with David and Avril on them, so really it was a draw between those two bird experts. Ian and Pat got 30 something which is the sort of number Gwen and I normally get when we are on our own.

It was so nice just to sit and relax in good company, but I had to get away because there was another session of the current art course happening at 2.00 in the village. Fortunately, Gwen too had to be going as she had things to do, so we tore ourselves away and headed back down to the road to Lochinver.

I wasn’t too bothered by then about being outside to sketch, but when I arrived a wee bit late the others were getting ready to set off out. We decided that we didn’t need to go far to find a good subject and so just walked over to the path which runs along by the Games Field where there are a couple of benches where we could sit in comfort. The project for this week was to paint trees in water colours with particular reference to the fresh and varied greens which adorn them at this time of year.

We had just about finished our artwork when there was a shout from the bridge where Pam had set herself up to paint. Anne, the tutor, was calling us to hurry over, and when we got there the reason was pretty obvious. A sudden gust of wind had picked Pam’s beautiful picture of a tree up off the bridge and deposited it on a rock in the middle of the river, with the painting face-up for all to see!! Talk about art in the landscape – this was certainly not something which could have been achieved if she had tried to do it! We all took photographs, and surprisingly and probably because the river is reasonably low just now, the painting stayed there for almost a week before disappearing out to sea. 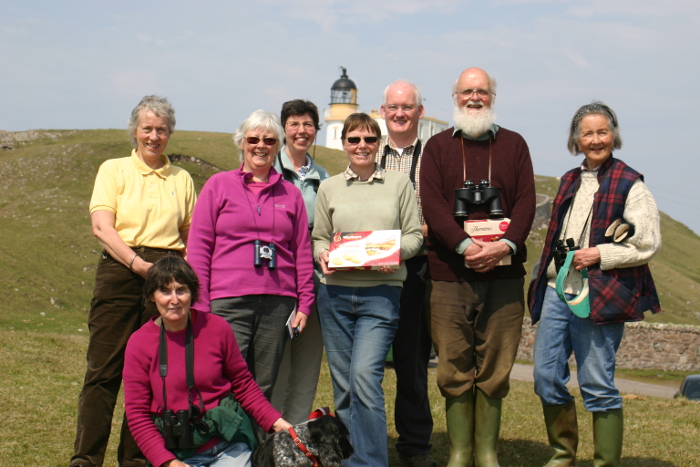 This entry was posted in Nature and tagged Annual Bird Race. Bookmark the permalink.