The Flow country and beyond 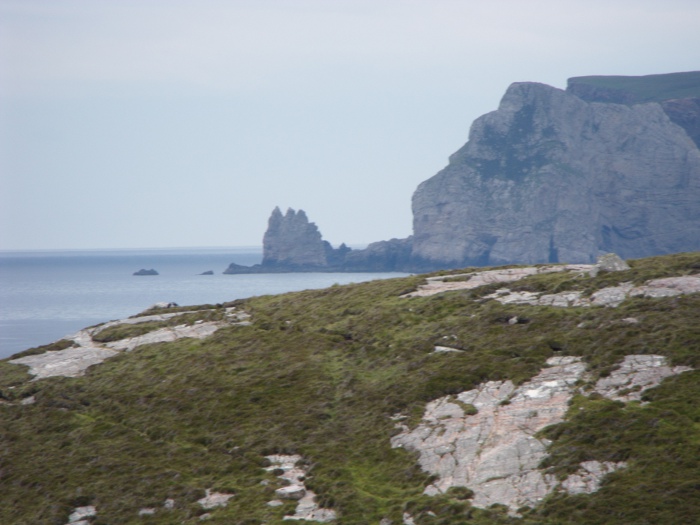 This week, Ray Mears was in the Flow Country – a vast space (15,000 square miles) of nothing but bog – well almost, but we’ll come to that. The Flow has a rather special place in the lives of Chris, my husband, and me. About a dozen years ago, when we first came up to the far north of Scotland with the thought of maybe moving up here, we were staying in Tain on the east side of the country, not all that far from Inverness. I had been thinking that it was all very nice and we had looked at a couple of nice houses with pleasant views, but I was wondering whether it would be such a big improvement on where we were in Lincolnshire – especially as it would involve a heck of a big move. When I mentioned this to Chris, it turned out that he was of much the same mind.

Then we went over into the Flow country and all that changed in an instant! The countryside was so very wild and bleak – just how we like it! – and the lochs and lochans were a deep dark black due to some sort of condition of the weather on that particular day – we have seen them also looking very benign and blue. We both looked at the country and then looked at each other and agreed that this was where we wanted to live – and the rest is history!

The Flow is a very special place; there can be no doubt of that. I was surprised to hear from Ray Mears that it is the largest area of blanket bog in Europe – I always assumed that there must be a much bigger area somewhere in Russia – and maybe there is. Not everyone considers Russia to be part of Europe, although I always have – at least the “European” part of Russia. But there again, I could be entirely wrong and in fact the Flow is the largest in Europe whether you count Russia or not! Whatever, it is certainly a unique place, with its miles and miles of bog…

As Ray pointed out in passing though, there are patches of trees. I remember the horror that pervaded the country in the 1970s when it was revealed that there had been a concerted effort to plant conifers in the Flow country and that certain high-earning celebrities had taken advantage of tax breaks to invest in this desecration. In their defence, I doubt they had ever been to the Flow and I’m sure no-one would have mentioned to them what an ecologically sensitive place it is – even if people were even aware of that at the time! In a way, too, the fact that celebrities were involved brought everything to the public eye and the outcry was enough that the planting stopped. At least, that is how I remember it… Now, 30 and more years and very little growth in the trees later, they are all coming down – not just on RSPB land, but generally. Of course, it is going to take a heck of a long time to take all the trees away, and even longer for nature to repair the damage.

One of the factors which may have influenced the decision to remove the trees could have been the discovery that fir trees planted in bog give out carbon dioxide on a continual basis – rather than just during the day as trees not planted in bog would do. So not only have the trees destroyed – or almost – one of the biggest conservers of carbon dioxide – i.e. the peat bog itself – but added to the problem of global warming just by being there sending out tons of carbon dioxide on an ongoing basis! Of course, nothing of this was appreciated at the time – but I for one am heartily glad the trees are going.

Ray was especially interested in the wildlife which lives in the Flow. Well, in our minds, precious little actually lives there! Here in Assynt just a few miles further west, we have lots and lots and lots more… We have the deer of course – in fact red deer are commonplace here, with roe and sika not so easily seen but still around, although we don’t have fallow deer. The plover the camera was so intent on are almost as common as muck on the foreshore here, and hen harriers are certainly to be seen, although not so frequently as buzzards or even golden eagles – one of which I saw the other day soaring over the hills around Knockan Craig. Of course, Ray’s programme was only half an hour in length and there wouldn’t have been time even to touch on the wildlife we have around here! This part of the world is a genuine paradise for anyone even remotely interested in nature. 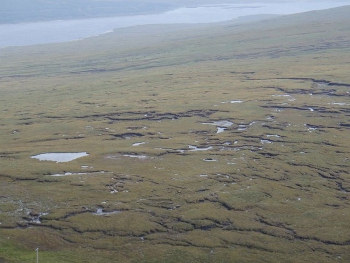 I couldn’t help thinking when watching the programme that it was a good job that it was filmed in summer – at this time of year there would have been very little chance of being able to make such a film as it would have been far too wet! I love bogs in principle, but they also worry me. A few years ago, on a lovely crisp winter’s day, our older son fell into a bog. Luckily, he had a) double knotted his shoes otherwise he would have lost them for sure and b) he is a strong young man and was able to extricate himself quite quickly. Even so he was very wet and by the time we got home, suffering from a mild hyperthermia. Around the same time, the father of a neighbour also went into the bog. He had lived in the area for 30 years, but bogs shift about the place and when out walking his dog, he mistook what he thought should have been solid ground. He was stuck for four hours and eventually a helicopter got him out and flew him straight to hospital where it was touch and go whether he would live. It is not just high mountains that can be dangerous up here…! At any time of year, I don’t think I would be very keen on leaving the road while crossing the Flow country. 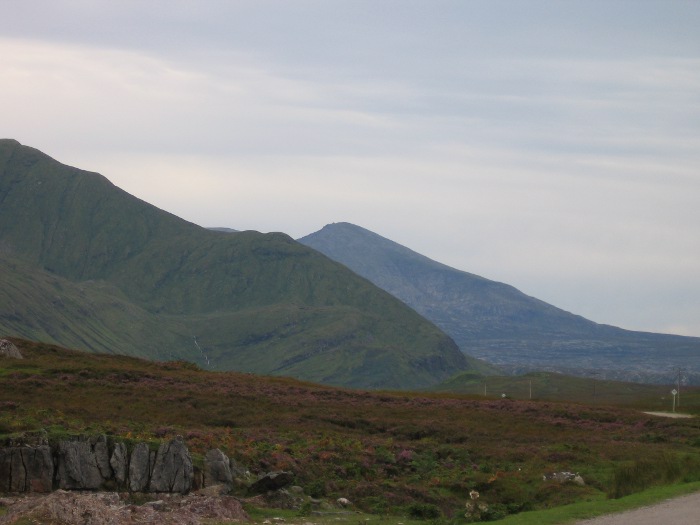 As you might have guessed, I do love the Flow. At least once a year, Chris and I try to head up to the north coast and then take the road along from Durness, turning right at Hope just beyond Loch Eriboll, to take the road across the Flow to Altnaharra, a single track road which runs along the foot of Ben Hope. It’s not a terribly much used road and passing places are a bit few and far between. Way out in the middle of the Flow country, there stands the most remote pub in the UK – Ray was absolutely right when he said that the area is not very populated… Altnaharra – noteworthy for its weather station – is effectively on the southern edge of the Flow, and there we go south and east through Lairg and thence west, home to Lochinver. It is quite a long day, but we very much enjoy it – taking our time and stopping every so often just to enjoy the landscape.

This whole part of the country – the North West Highlands and across the Flow which runs eastwards from here – is extremely valuable and sensitive ecologically, both at the coastline and inland. Here in Assynt, we basically have an oceanic climate – although climate change may be altering this. It means that we get a lot of rain but generally not much frost or snow, which means in turn that we have species of plants, especially bryophytes and fungi, which are globally rare but proliferate here. It all makes for an amazing place to live, or visit, and one which needs to be treasured for the future and not exploited. Of course, it is constantly under threat from this and that – often schemes with the best intentions, as had the fir trees were when they were planted in the Flow. 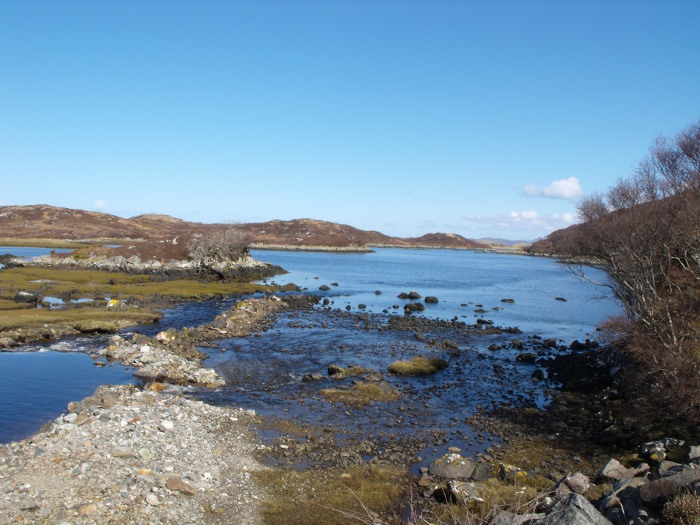 [Sutherland Flow Country photo is copyrighted by Graeme Smith but also licensed for further reuse; other photos by Clarinda]

This entry was posted in Landscape, Local area, The elements and tagged bog, Flow country. Bookmark the permalink.