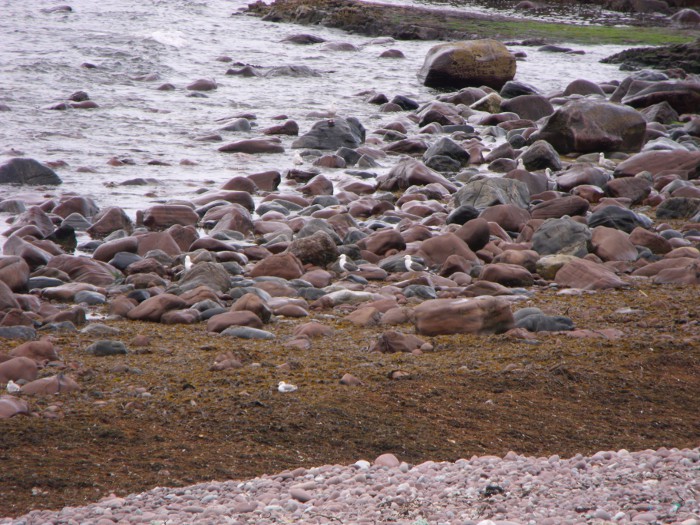 Before I start on this post proper, I feel I would like to take a minute to celebrate the fact that this blogspot is now one year old! “Happy Birthday to you…” I think and hope that everyone will agree that we have come a long way since that first tentative step into the unknown! Looking back at that entry, I see a much shorter paragraph with a stock photo of a greenshank– what a difference now!! I have had a few people remark that my entries are rather long – and maybe I do tend to go on a bit. At the same time I do feel that the posts are no longer than a newspaper article – in fact I would think shorter than most – and I feel the need nowadays to do justice to my subject! However, no-one has ever complained about the pictures…

So anyway enough of that – let’s get on to the more interesting subject of the fantastic day we had on Sunday last when the Field Club held its third Annual Bird Race. The forecast was for once pretty good and the day did indeed dawn bright and fair and although I did put my warm jacket in the car, I took the risk and didn’t take water-proofs! I met up with Gwen and we went up to the rendezvous at Stoer Village Hall in her car, and although we were first there, we didn’t have long to wait before other folk started to arrive. In the end there were 16 of us who divided into 5 teams and set off in our cars to scour the peninsular for bird-life. What a difference that was from last year when just half a dozen or so hardy souls braved the absolutely atrocious weather!

Gwen and I stopped and started down the road to Balchladich beach counting as we went – there were certainly a lot more birds about than there had been last year and we were hopeful of a very good score. Just short of the beach, we made a very unusual sighting for this area – a carrion crow! It may seem odd to people from Down South that we got all excited about seeing a carrion crow – they are after all as common as muck in other parts of the UK – but not up here. Here the hooded crow is master and carrion crows are very few and far between – so we were very excited about this sighting, and were hopeful that none of the other teams had seen it! While we were stopped admiring this phenomenon, we also saw a snipe flying – again not a common sight as although pretty plentiful up here, they are very shy and normally not easy to spot in the long grass. 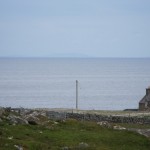 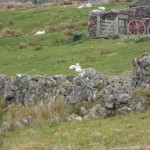 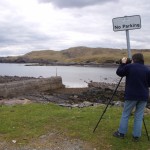 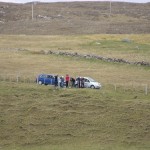 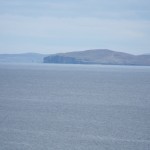 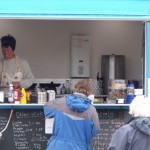 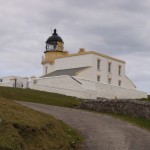 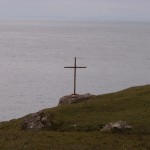 Balchladich beach was pretty rewarding this year. Gwen remarked that she was surprised that we hadn’t done so well there the last couple of years – and I suggested that that might be because at the time, we were more bothered about keeping upright! When the wind is in the west, Balchladich is extremely exposed and the noise the wind and sea create there can be extraordinary. It is also one of those beaches which at times can be beautifully sandy and then along comes a good Atlantic blow, and it gets covered in rocks and stones – which is how it is just now. I have friends, the Mackenzies, whose house – an old croft house which belonged to his grandparents – is right on the beach and whereas we can get our windows covered in salt after a storm, theirs are covered in sand!

Having made a reasonable haul of bird species at Balchladich, we were very optimistic about what we might find on Culkein Stoer beach as that is normally an excellent place to spot all sorts of sea and shore-line birds. But this day, there were not so very many about – no turnstones or sandpipers to be seen, although we did get ringed plover and oyster catchers which are normally to be found there, and also gannets – although we missed out on the redshank which another team had spotted. Our two hours were beginning to run out, so we scooted quickly round the places where we reckoned to see a few garden birds – and saw none!! We had already marked down greenfinches, willow warblers and meadow pipits – but the common or garden birds such as tits, robins, chaffinches and blackbirds which abound in our garden here, we saw not at all for some reason. We did hear a song thrush!

With a very few minutes to spare, we raced up to Stoer Head lighthouse where the Race was to finish this year. We got there in time to “bag” fulmers and gillimots, but then we were out of time. I joined a few of the others standing with a telescope pointed out to sea where they were following the progress of a school of dolphins way out in the Minch – I could just about make them out with my binoculars.

The reason why we chose to finish at the lighthouse this year instead of back at the Village Hall as we had in past years, was that Leigh had very kindly offered us 10% off at her food van – which is called Living the Dream, which seems pretty appropriate considering where it is parked! She does excellent “butties” filled with bacon which is home-cured by our butcher here in Lochinver, and her tea and coffee comes in a proper mug! So we gathered there, some buying lunch from the van, while we compared notes and decided which team should get the prize of a box of sweeties. The winners managed to count 46 species of birds in the two hours of the race – and we got 34, which was in fact only 3 more than we managed last year!

Having decided on the winners and presented the prize, we started to disperse, and Gwen and I thought we would go up to the lighthouse to eat our lunch and give her dog, Storm, who had been patiently waiting in the car, a bit of a run around. While we were sitting up by the lighthouse, contentedly consuming our lunch, we were lucky enough to spot a Minke whale stooging along below us. You never see all that much of a Minkie, just the dorsal fin and a length of back as it comes up to breathe. They are quiet, unassuming creatures – they don’t blow great spouts of water as other whales do, nor to they leap about or bang their fins on the water – they just glide by quietly minding their own business – it is great to see them.

We were so relaxed and happy sitting there that time flew by, and I had to go straight on to the first art class of this year – fortunately I had put my stuff in the car!

So there you have it – a great Sunday spent counting bird species on the Stoer Peninsular and this year I remembered to take my camera!

Monday was another glorious day, and a busy one for me – culminating in an evening spent in Ullapool when the BBC Trust came to get our views on their service. It was a fairly interesting event with free BBC sandwiches, tea and coffee. I have no idea whether any of the suggestions put forward would ever be heeded by the Corporation but as we decided, if you don’t turn out when invited to meetings like these, you have no right to complain that your voice is never heard…! 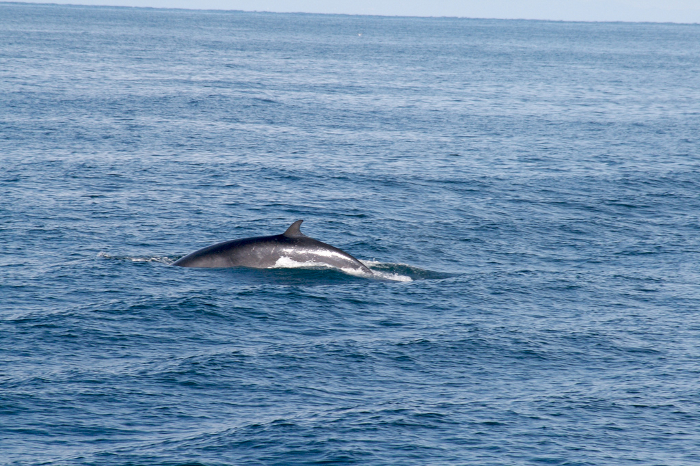 [Photo of minke whale by jimmybyrum; all other photos by Clarinda]

This entry was posted in Local area, Nature and tagged Annual Bird Race. Bookmark the permalink.