To Beeb or not to Beeb…

Sorry, I couldn’t resist that title!! The reason for it is that the Landward programme on this wee corner of the world, i.e. Assynt, has now been and gone, although I dare say that it is still available to see on iplayer for another wee while. So far, I have heard rather mixed reactions from the few people I have spoken to in the last few days. Some thought it was wonderful and others were really rather disappointed.

I just saw the last 15 minutes or so of the programme, and I wouldn’t say I was especially impressed or disappointed either. It is always nice to see familiar faces and places on the tv. I have even been there myself once, speaking not very good Gaelic on the BBC Alba news, and I have to admit that we have kept the recording:-) 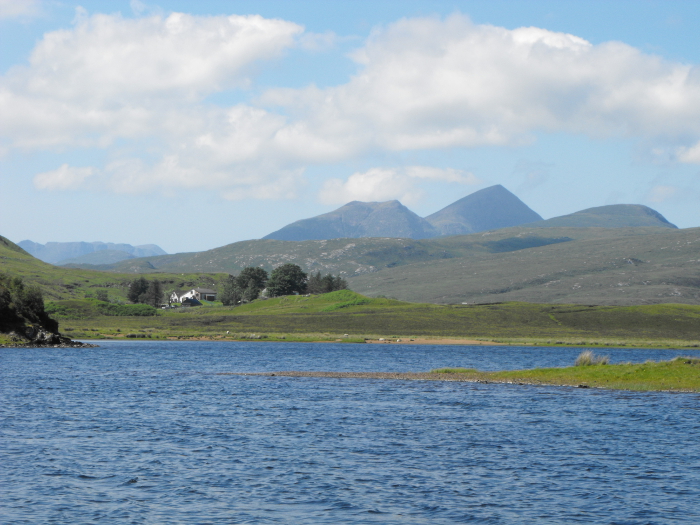 I think that it must be very difficult to make a short programme about this area. The crew were here filming for two days. For these two days they were working, not holidaying, and they were going about to strange places and interviewing people who they didn’t know from Adam. They then had to go home and edit that two days’ worth of film down into a 25 minute programme. How can you do that and be expected to do justice to a place? OK, these people are professionals; they are used to going to new places, interviewing new people and then hacking their work about; and because of that they would, I think, have to be pretty divorced emotionally from the place and the people as they consign them to the “cutting room” floor (I put cutting room in inverted commas because I doubt that such a place exists in this digital day and age!) Another point is that the parish of Assynt covers 50 square miles, a lot of which is almost trackless wilderness, and communications aren’t very easy at the best of times, so in fact the BBC crew visited only a small part of this area and some of the best bits weren’t filmed at all.

There would have been little or no time to get a feel for the place or the people who live here in the short time the film crew are here. Of course for some people, just to look around once is enough to fall in love with the place, and that was certainly true for me! I knew the moment I arrived here for the first time, which was when we moved in 11 years ago, that I wanted to spend the rest of my life here. But it doesn’t suit everyone with its wild landscape of rock and heather, and not such brilliant weather!! 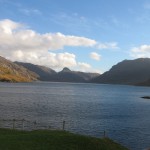 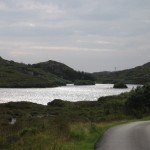 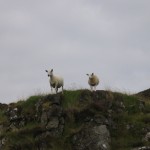 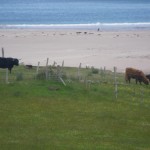 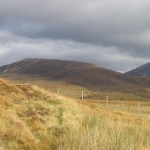 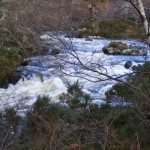 It is of course not at all surprising that the climate here is as it is. We are a long way north – if you draw a line westwards from here, you arrive somewhere half way up Hudson’s Bay in Canada. If you go eastwards, you find that Moscow is quite a bit south of us! Being an island, the prevailing weather tends to arrive from the sea, in our case mostly the Atlantic Ocean, with its cool, moist air. However, when the air stream turns to the north east, we get weather similar to Scandinavia, but with less snow and not as hot in summer, and when the wind turns to the north, you can really feel that it is bearing down on us from the Arctic!! In summer it doesn’t really get dark at night and in winter sometimes it seems not to get light at all:-)

Most people who come here though, seem to love it. Just the sheer wildness of the rock strewn landscape which has changed little since the last ice age attracts many people to it and they come back year on year.

One of those people was Norman MacCaig who, as I have mentioned in past posts, used to come here for most of the summer and was a well-known figure among the people who lived here then. Unfortunately, seemingly the BBC has latched on to this as being the most important thing Assynt has to offer! A good chunk of this short programme was given over to him and I for one wasn’t very happy about that – although it was jolly good to see Wilma and Angus on the telly talking about him:-)

Although there are many folk here who love his poetry, and/or remember him with affection, he is not used here as a “tourist attraction” in the way some well-known people are who have even a tenuous connection with a particular place. I know a town in Sweden, which I shall leave nameless, whose entire reason for being seems to be a connection with a famous writer of children’s stories. In fact, and I have this on good authority, although this writer was born and brought up there, she was shunned by the rest of the community when she became an unmarried mother, left the place as soon as she could and never went back! You would never know that as you walk around the museum dedicated to her!! Up here you will not find a “shrine” to Norman MacCaig or even a display in the Visitors’ Centre.

No – what Assynt is all about is the unique landscape given to us by Mother Nature, and the wildlife it supports. For studying such things, or just walking or climbing, you would be hard pressed to find a better place anywhere. You can strike off along a track somewhere here and in no time at all you can be completely away from the influence of mankind, and the only sound is the wind or a buzzard wheeling overhead emitting its high-pitched cry. There are very few places in the world nowadays, it seems to me anyway, where that is true – especially not in the UK!

So, just to compliment the BBC’s programme on this area, I shall leave you once again with a few pictures. They were all taken within the parish of Assynt, but in places to which the telly team didn’t get. I leave them to tell their own story and you can see in them what you will…

This entry was posted in Local area and tagged Assynt. Bookmark the permalink.