A visit to the Highland Wildlife Park 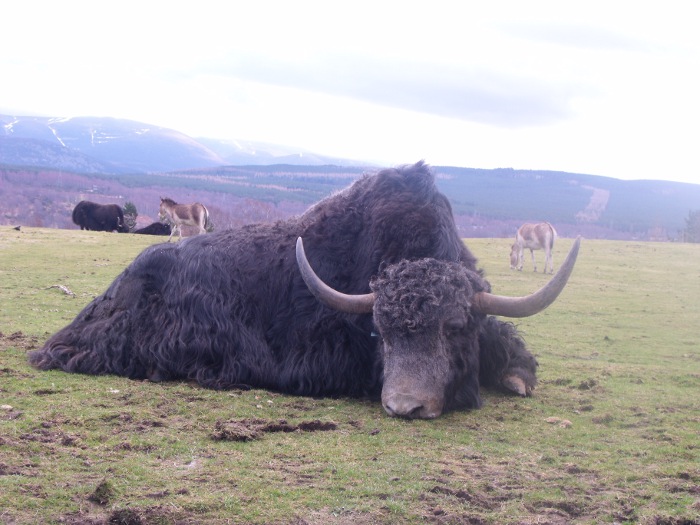 One of the difficulties of living in a remote area such as this is the availability of help when things break down! For plumbing, we are really lucky that Nick Cluney who lives near Achilitibuie (which is not so very far away) is a fully qualified water/heating engineer and was able to come and replace our pressurised hot water tank when it developed a leak recently. Similarly, there are electricians in and around the area but when it comes to computers, things are a bit different!! We do have software persons in the form of Bob and Ann Cook who live in Clachtoll, but for hardware the pc has to go over to a shop in Contin on the road to Inverness and the only Mac person in the North Highlands lives in Kinussie, which is south of Inverness and a good 3-3½ hour drive from here. This is not as bad as it sounds because it gives one a chance of a Grand Day Out – especially if the problem is easy to solve and can be done in the day – as it was last week.

A cd had become stuck in Chris’s Mac, so we made arrangements to take it over last Friday, and fortunately that turned out to be the best day of the week weather-wise. I have long had a hankering to get to the top of a mountain to admire the view. Twice I have been quite high up mountains – once up Cairngorm when my sister came for the skiing, and it was blowing a small blizzard and the visibility was nil, and once up the White Mountain in New Hampshire where I had a lovely view of cloud!! Chris however is not so very keen – having been up Kilimanjaro more than once in his childhood, he is not so very impressed at the thought of being just 3,000ft up So we made a plan to go instead to see if we could find our own Highland Polar bear who had been on the news recently. Evidently he is a bit lonely and they would like to find an unrelated mate for him – not an easy task one gathers.

So we made an early start, and had a good run down to Kinussie as there was not too much traffic. We found the place easily enough and dropped off the computer at just about morning coffee time. Kinussie is not a very busy place at this time of year – although I suspect that when there is more snow about it is probably busier. We could see that the Cairngorms had very little snow on them, but at the same time, there was quite a cloud cover on the tops and so I wouldn’t have got my view after all – so justice was satisfied!! We parked and went into a wee café called “The Potting Shed” and what a good choice that was!! It has not long been open and was run by a very pleasant young man. The tea and coffee were excellent – but the cakes were fantastic!! Chris and I are not great cake eaters but we were ready to take a “little something” as breakfast was early, and just the sight of these confectionaries were enough to set our mouths watering!! As light as air, not too sweet and certainly home-made, they reminded me of the cakes I had so enjoyed when visiting my friends in Sweden, and I mentioned this to the young man who said that the cakes were made to his Norwegian grandmother’s recipe. So there you have it – and I highly recommend anyone who is stravaiging up or down the A9 to take a wee detour and sample the wares at The Potting Shed. And by the bye – the tea and coffee came free with the cake! I hope they are very successful – I have already asked my sister to pick up cake there when she comes to visit, and am looking forward to Chris’s Mac breaking down again…! 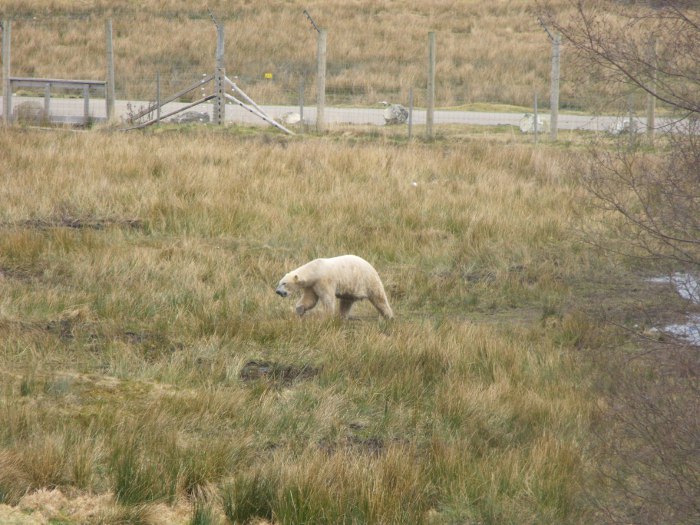 So, thus fortified we went in search of the bear. The Highland Wildlife Park where the bear resides is just a couple of miles from Newtownmore and we found it without problem as it is just by the main road – its only drawback in my book being that there is constant traffic noise, which is something I really don’t care for in any circumstances. The Park itself is a sort of northern annex of Edinburgh zoo – a place to where they “retire” some of the animals, but obviously only those which would thrive in the climate. When I was young, I was a member of London Zoo’s ABC Club and was quite keen on the idea of becoming a zoo keeper, as one of my ambitions in life was to work with animals – which I did in a way as I had a small herd of goats for 18 years – but now I find that I am not terribly keen on the idea of keeping wild animals, which should be able to roam in their natural habitat, penned up – although I am very aware of the valuable conservation work zoos do. However, here in this wildlife park, the animals have loads of room and is as near to perfect as any zoo could be.

It is not a huge zoo as regards the number of animals but there are some rare species. Coming literally face to face with an Amur tiger was quite an experience – luckily there was glass between us!! What a magnificent creature it was too – and I would have loved just to reach out and stroke it behind its ears!! You really can get quite up close and personal with some the animals here and there are also “hides” to watch them from – as was the case for the Polar Bear. He seemed happy enough playing with his big yellow ball, leaping around his enclosure! 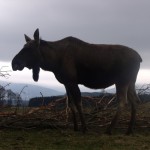 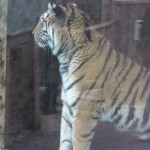 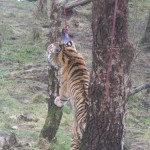 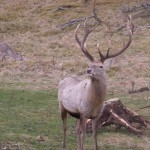 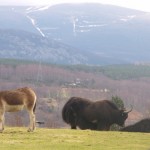 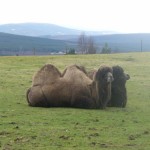 One of the biggest thrills for me was seeing a Scottish wildcat. There is a whole section of the park devoted to the rarer animals from this part of the world – including some owls and pine martins, which we have seen in the wild – but even our most diligent of naturalists in this area have not really seen any wildcats. We know they are around – there have been dead ones found and Gwen had one in her headlights one evening a few years ago, but they are so shy and elusive there is very little chance of someone like me seeing one in the wild. One of the cats here was sitting firmly in its nest, but we had quite a chat as it “meowed” at me and I “meowed” back, but another was wandering around and we were able to see the characteristic rounded end of its tail very clearly.

Having walked around the enclosures, and after a cup of tea in the café (where I was also able to replenish the batteries for my camera!!), we took to the car and drove around the area where walking isn’t permitted because the animals are all free ranging. There I saw at last an elk in the flesh – I have eaten elk in Sweden, but had never seen one. They are a lot bigger than I thought!! There were European bison in that part of the park – and of course the inevitable local red deer who had probably just found their way in!!

Then it was away off out of the park and back to Kinussie to pick up the Mac before heading home via the supermarket in Inverness. It was a long day and we arrived home tired but happy. I had felt like a 16 year old as we had walked around the park, and it is a day out that will stay in my memory for a long time to come… 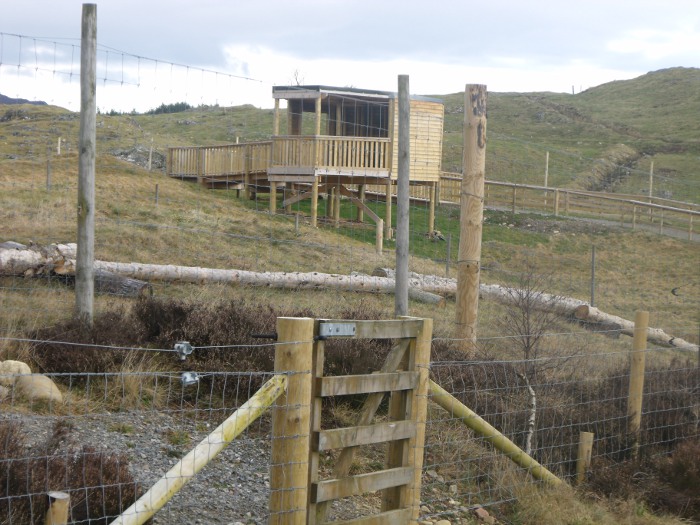 This entry was posted in Animals, Local area and tagged Highland Wildlife Park. Bookmark the permalink.

One Response to A visit to the Highland Wildlife Park