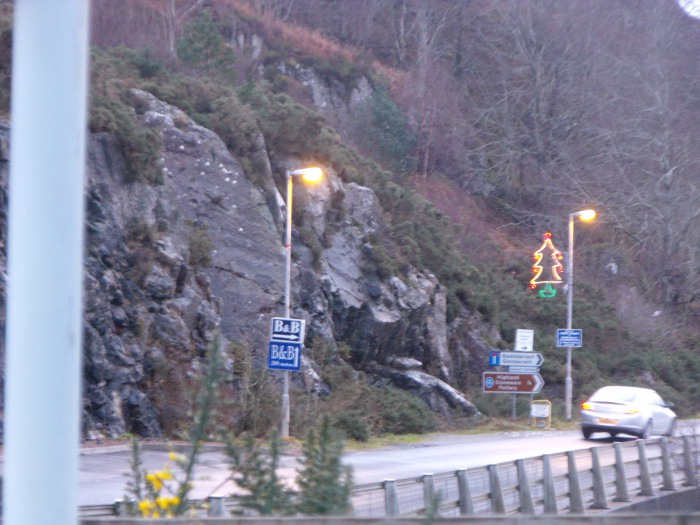 Well – here we are, another year starts and we are all full of hope that it will be a good one! Whatever, it will be different for some this year as the Olympics will be held here – well, not here exactly – nothing will happen within a long javelin’s throw distance of here, but I’m sure the ripples will spread this far – for better or worse depending on your point of view. The programme I listen to while clearing up after breakfast – Prògram Choinnich on Rèidio nan Gaidheal – has been about nothing but Olympics this week. I hope that won’t carry on too, too long! 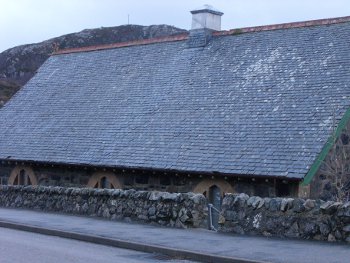 I dare say that we will only be as affected by this year’s jollities as much as we were by the Beijing games or any other! Of course, one thing they do celebrate up here is Hogmanay… The New Year Bank Holiday is the only one taken seriously here, and the village was as dead as a door nail until today when life is lurching back to normal… The other Bank Holidays in the year are pretty much ignored, except by the bank and the post office which don’t have any choice in the matter. 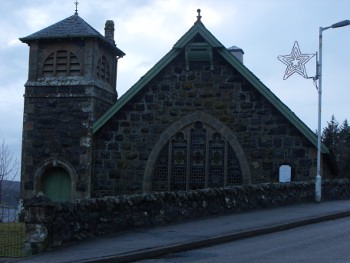 Traditionally, Christmas was an entirely religious affair – and although I would say that in most households the 25th is as much about present giving and feasting as anywhere else, the three churches in the village would have done good trade (as they do every week – sometimes twice a week), and there are folk who still will keep a very quiet, religious Christmas, albeit mostly people of the older generation.

I haven’t heard whether the New Year’s cèilidh went well or not. I heard through the grapevine that this year the committee were not getting a licence, and it was to be a “bring your own booze and instruments” affair. I wouldn’t be surprised to learn that it was probably therefore a very enjoyable event – maybe without quite the level of hangovers which past New Year’s cèilidhs have reportedly generated! 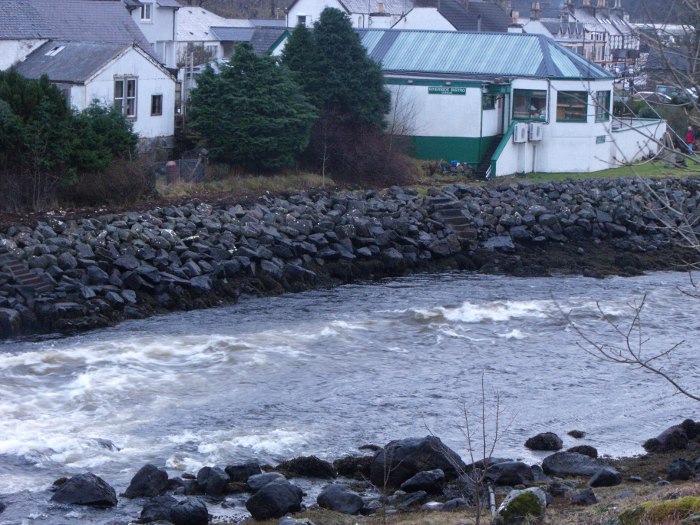 Robert and I went down around the village taking photos for this post last Saturday and the village was positively buzzing. The Lochinver Larder (aka the Riverside Bistro) was open and people were inside drinking tea and eating their luscious cakes. The Larder – world famous now for its pies which can be bought by mail order – closes at the end of October, but opens for the Christmas season; as does the wee Gemcutters gift shop. There is a sad history surrounding the Gemcutters shop and the village came close to losing it which would have been a very sorry state of affairs, particularly as some people actually come to Lochinver in the hopes of being able to visit it. But now it is up and running again and is as good as it ever was, selling gifts made of gemstones from the northwest coast of Scotland along with other bits and pieces. There is a small equipment shop attached to it which nowadays seems to sell mostly sea related merchandise such as surf boards and wet suits, which some people find essential for going into the sea here as it is a bit on the parky side – I have to say that I am not of this persuasion preferring a tankini!

There are of course places which are open all the year round. Irene’s Village Green shop with its fair trade gifts and small café is open most of the time and a lot of locals prefer to go there – especially after the exercise class on a Friday There are two pubs in the village which are of course open all year. The Caberfeidh – which is the Gaelic word for a set of antlers – does all year round good food and is well patronised in spite of being right next to the Larder. The Culag Hotel at the other end of the village just opposite the harbour, does soup and sandwiches during the summer. I heard tell that it used to do breakfasts as well for non-residents, but gave up when the Mission re-opened doing much the same thing. The Mission is also open for business as far as I can tell in spite of the fact that the original plan was that it would close for the winter. I feel that this is probably by popular demand and I know of folk who eat there regularly. 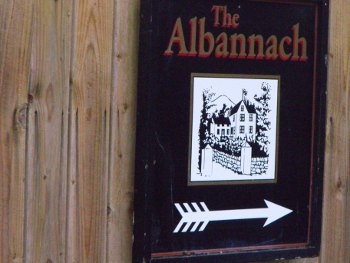 In fact, and strange enough for such a remote location, Lochinver does extremely well for quality eating establishments. The Albanach on the other side of the bay in Badidarrach, has a Michelin star! It is a small, rather exclusive hotel and the menu is set – although you can ring ahead to find out what is on offer before booking your table. I am still looking forward to going there to eat one day – never know your luck Lochinver Lodge – a rather unattractive building set up on the hill overlooking the bay (although it is lovely inside!) now has “Chez Roux”. The story goes – and I heard this from the horse’s mouth on the radio – that Michel Roux of TV fame was overcome with the need to eat while on the road near here and on coming into the village, decided to give the Lodge a try. The food there was pretty good at the time, but Monsieur Roux fell in love with the place and applied to the Vesty family – who own the Lodge – for a franchise to run the restaurant. I have eaten lunch there since which was a very good meal, very reasonably priced – and they do a discount in the evenings for locals, which is even better However, they and the Albanach are both firmly shut for the winter – and who can blame them after very busy summers!

At the what you might call “fast food” end of the market, there is Sue MacLeod and her Panini van. This is parked in the Bay View car park next to the Church of Scotland church (see my attempt at drawing it in an earlier post!) Sue does a very good line in well filled paninis during the day and is there all year round but for this very cold, wet, windy time of year – not nice to be in a high sided vehicle trying to make sandwiches in a high wind!! It is very popular with locals and visitors alike – although of course it isn’t exactly really fast food in that Sue makes everything on the spot. The toasted Panini with bacon, brie and cranberry filling which my niece bought for me there a couple of years ago was really good! Although it has only been going a couple of years, Sue’s van is so much part of the village now that her husband, Roy, is more commonly known as “Mr. Panini”!! 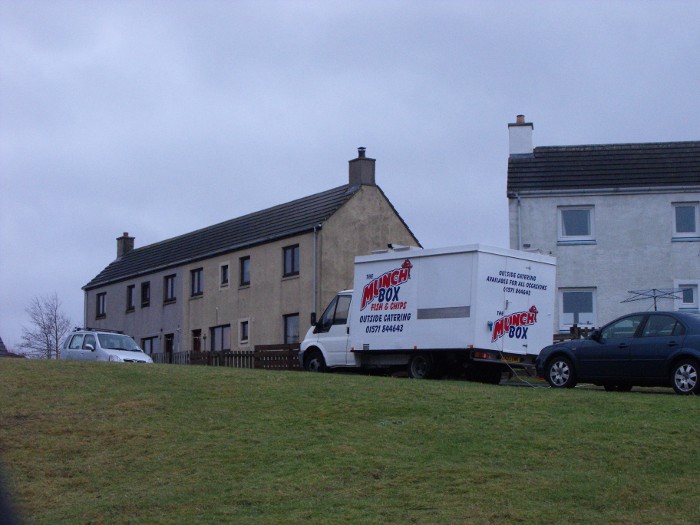 In the evenings, her parking slot is taken by the “Munch Box” selling fish and chips. I don’t know how often it is in the village, but always when I go past on a Wednesday evening, it is parked there and open for business. I have heard tell that the van is also regularly up in Achmelvic keeping hungry beach-goers fed, as does Leigh with her mobile café up at Stoer head.

Well, I didn’t start this post today with the intention of writing exclusively about the availability of grub in Lochinver. You may imagine that food is a subject quite close to my heart – and you would be right! I have put on half a stone with gluttony over Christmas and am now firmly back on my regime to lose that weight and I hope a bit more. More on that subject and on Lochinver and its environs in the next few weeks…

This entry was posted in Local area and tagged restaurants. Bookmark the permalink.